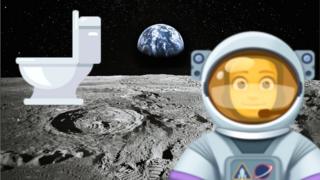 Stories from space often surprise, confuse and shock us - remember the time SLIME was sent up there?

And this news might leave you scratching your heads too.

Scientists say that astronaut wee could be used to build things on the Moon!

A chemical called urea - found in urine - can be used to help make materials in space, including makeshift homes for Nasa's astronauts.

Yep, you read that right… WEE could help build HOMES on the MOON.

How to use the loo in space

What did NASA astronaut Christina Koch do on the ISS?

'Look after your spaceship' - astronaut tips on self-isolation

Lots of space agencies want to build on the Moon because it will allow them to do further research in space. 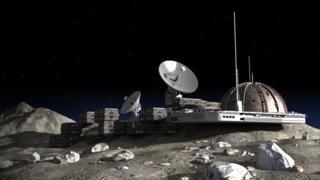 Nasa's Artemis programme is aiming to have astronauts on the moon by 2024, meaning that they will build bases there so that astronauts have a place to live for a long period of time.

With the goal of sending humans to Mars these bases will help astronauts explore even further into space.

Think of them like service stations, but in space! Building these stations is no easy task.

Sending materials from Earth to the Moon is very expensive and time consuming.

One of the biggest challenges Nasa faces is developing ways of using the Moon's own material instead.

This would involve taking water out of the lunar surface and using the loose material (Moon dust) as a resource.

New research suggests that urea (the chemical found in human wee) can bind the moon dust together and create a strong building material that stays sturdy even as the Moon freezes and melts.

This would be really useful as it would mean it would be one less chemical to take into space and would also be a good way to help recycle astronaut waste.

The research is promising, but we still have a while to go before Nasa is ready to launch humans back to the Moon.

Moon Landing: What are conditions like on the Moon?