Swampy rainforests were growing in Antarctica 90 million years ago 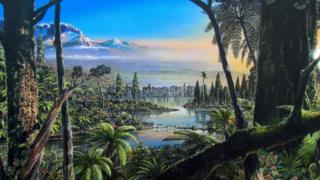 When you hear the word Antarctica, you might think of ice, penguins and very cold temperatures, but scientists have discovered that the region was once home to swampy rainforests!

Researchers said they found evidence that 90 million years ago - when dinosaurs roamed the earth - the South Pole had a warmer climate of around 12 degrees Celsius.

The findings are based on soil samples that are believed to be from the mid-Cretaceous period which was between 115 and 80 million years ago.

Why Antarctica is celebrating its birthday... kind of 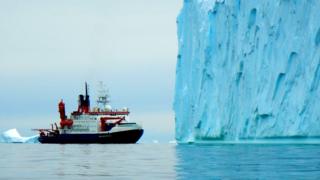 The team, which included scientists from the UK and Germany, studied preserved roots and other plant remains that they found in the soil which were really, really, REALLY old.

The polar forests are thought to have grown close to the South Pole even during months of darkness.

It is believed that there was no Antarctic ice sheet and instead the West of Antarctica was a swampy landscape - perfect for rainforests to grow and similar to the forests that can still be found in countries like New Zealand.

The preservation of this 90-million-year-old forest is exceptional, but even more surprising is the world it reveals. 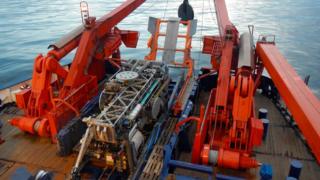 Scientists travelled to the Pine Island and Thwaites glaciers in West Antarctica and analysed an ice core they took from the seabed.

The team discovered well-preserved forest soil, including plant pollen, a dense network of roots and the remains of flowering plants. 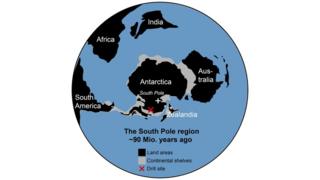 Map of the Antarctica region 90 million years ago

To get a better idea of what the climate was like, the researchers looked at what conditions are needed for the plants in the soil sample to thrive.

Results showed that it would've been around 19 degrees Celsius in summer and temperatures in rivers and swamps would have been up to 20 degrees!

The amount and intensity of rainfall in West Antarctica 90 million years ago would've been very similar to that of Wales today.

But there's still more exploring to do - researchers are trying to figure out what caused the climate to later cool to form ice sheets in Antarctica. Watch this space!

What do you wear to go to the Antarctic?