Nasa: The Mars helicopter has completed its tests - and is almost ready for take off 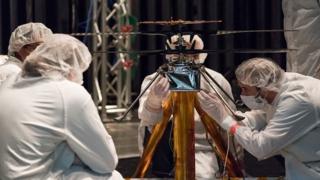 Nasa's Mars-copter has completed its final flight tests - which means it's nearly ready to go into space!

Nasa have sent a few land rovers to Mars already, including Opportunity and Insight, and Perseverance is the next one to head to the red planet.

But they want to get a wider impression of what Mars is really like, so now they're hoping this fully-autonomous miniature test helicopter, which will travel with their Mars 2020 rover, will offer just that by flying over the planet's surface!

Scientists are sending some slime into space! 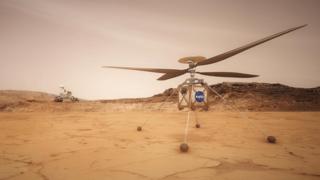 Flying helicopters happens all the time on Earth - but flying them on other planets is totally different as the atmosphere and gravity are, well, alien!

How much do we know about the Mars-copter?

The project manager for this mission: "This recent test of the flight model was the real deal. This is our helicopter bound for Mars. We needed to see that it worked as advertised."

All the pieces making up the model were put to the test, and they all worked - phew! 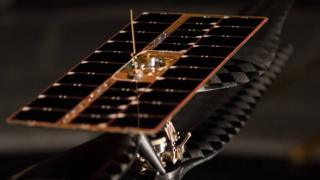 It weighs a tiny 4 pounds and it's important that it's so lightweight.

Mars' gravity is much weaker than the gravity here on earth, and has a really thin atmosphere.

The helicopter is set to launch in July 2020.