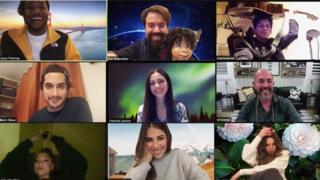 victoriajustive/instagram
How the cast and creator look now!

Ariana Grande has fired up a video chat to catch up with some of her mates, just like the rest of us!

It was to celebrate the 10th anniversary of Victorious - the TV show that helped make her a star.

During the video, Victoria - who played the main character in the series - shared an emotional tribute, thanked fans and sent positive vibes to those stuck at home during the coronavirus pandemic. 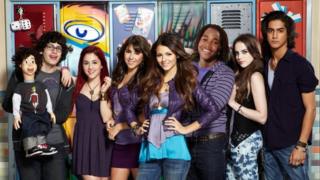 Nickelodeon
Here are the cast from the Victorious days - can you spot Ariana?

"We love you guys!" she said. "Thank you so much for supporting our show after all these years -- 10 years, that's absolutely insane. We hope that you guys are staying home and staying safe and staying healthy. Sending you guys all our love in the world."

Ariana Grande shared the picture of them all together on her social media, with the word "happy".

The show was set at a performing arts school called Hollywood Arts, and followed aspiring actress Tori Vega as she tries to achieve her dreams of stardom.

Coronavirus: Authors and celebrities reading stories online for you