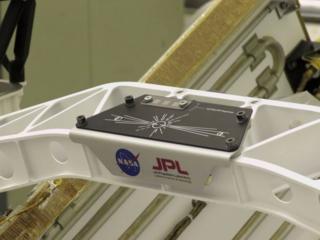 NASA
A small sign commemorating Nasa's "Send Your Name to Mars" campaign was installed on the Perseverance Mars rover on 16 March 2020, at Kennedy Space Center. Three silicon chips (upper left corner) were stencilled with 10,932,295 names and the essays from 155 finalists in Nasa's "Name the Rover" contest.

Ever wanted to go to Mars?

Well, almost 11 MILLION people will be rocketing off to the red planet this summer - sort of.

A staggering 10,932,295 people submitted their names to ride aboard Nasa's Perseverance rover to Mars.

A rover is a moving robotic vehicle device that scientists use to explore distant planets and collects information.

And in the most sci-fi method you've ever heard of - the millions of names were carved by an electron beam onto three fingernail-sized silicon chips that help the rover work! 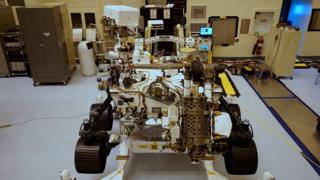 Picasa
If you look really, really, REALLY closely at the top centre of the rover – you’ll see the name plate with all those names.

The names were stencilled along with the essays of the 155 finalists in Nasa's "Name the Rover" contest.

The rover will study the planet, search for signs of past microbial life, collect samples and also explore the planet's climate and surface. 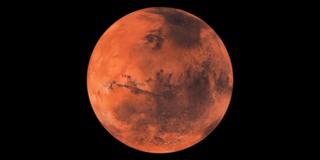 The rover - and all those names - will be launched into space this summer and will land at Jezero Crater on Mars on 18 February, 2021.

Congratulations to those near 11 million people who are now part of the history of space exploration.

Even if you need a microscope to read the names - you're famous in our eyes!