Minecraft Dungeons: From mobs to weapons - here's what we know about the new game 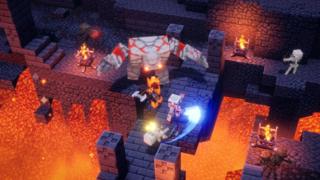 Put down your pickaxes and pick up your sword - Minecraft Dungeons has been released!

The new game, made by Mojang, is a dungeon-crawler game featuring co-op play, boss fights and new loot.

You may have seen some of your favourite YouTubers playing the new Minecraft game earlier this year, after a closed Beta testing trial took place in April.

The game was originally meant to be released at the end of April. However, due to the coronavirus outbreak, the release date was pushed back until 26 May.

Mojang, who make the game, said: "We wanted to guarantee the health and safety of our teams, and empower them to deliver the best possible experience to you, our players. We hope you'll find it was worth the wait."

The new game is similar but different to the Minecraft we know, here's the low down...

A look back at 20 years of Sims

What is Minecraft Dungeons? 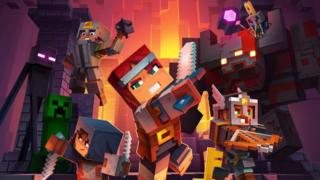 Players are able to battle new mobs across lots of levels in either single-player or multiplayer mode, in a quest to defeat the evil Arch-Illager.

How can we play the game?

Minecraft Dungeons has been released on Windows PC, Xbox One, Nintendo Switch, and PlayStation 4.

The game will also be available on Xbox Game Pass for PC and Xbox One.

Can you play with your friends? 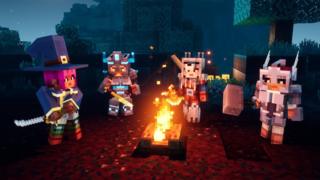 Yes! Up to four players can play together on Minecraft Dungeons.

The difficulty, enemy count, and the loot will change based on the number of players playing - so if you have four players, there will be more mobs!

There will be no online match-making in Minecraft dungeons, meaning you can only play with people you know, such as friends and family.

As well as this there will be no cross-play available.

This means that players can only play with friends who have the same console as them.

However, Mojang, who make the game, have said: "Our goal is to let everyone play together regardless of platform, and we're looking forward to enabling cross-platform play in a future free game update. "

How does combat work and can characters be customised? 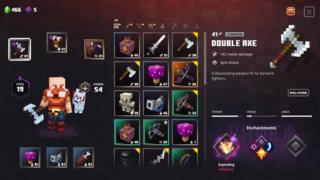 Combat in Minecraft Dungeons happens in real-time with weapons, gear, and enchantments.

Weapons can be customized and there are no character classes - your power and abilities are based entirely on what you are equipped with at any given moment.

So, if you're rocking a wizard staff you will have magical powers, or carry a sword and you can slash your way through creepers.

Players can also change the way they look from a range of skins.

Will there be mobs? 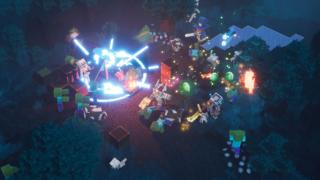 There are lots of new mobs in the game.

The Key Golem helps open locked doors, and the boss-like Redstone Monstrosity are just two of them.

There are also classic mobs you already know like Creepers, Skeletons and Endermen.

SpongeBob Squarepants hotel and other amazing places to stay

79 comments
Back to top
unknown