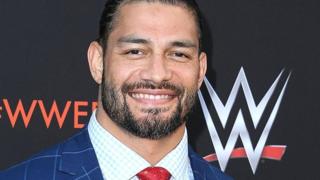 WWE star Roman Reigns has pulled out of WrestleMania 36.

He was due to take part in the Universal Championship title match on Saturday 4 April against Goldberg.

But Roman is no longer prepared to fight because of concerns over the coronavirus.

Roman has had leukaemia - a type of cancer - on two occasions previously, and says he doesn't want to risk his health by taking part.

Send us your questions for John Cena! 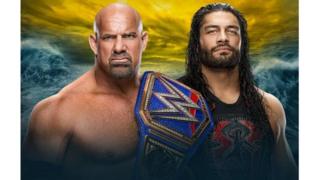 People with underlying health conditions are more vulnerable to the virus and the 34-year-old told WWE, as a result of his weakened immune system, he didn't want to risk his health.

There's been a lot of excitement around the title match between Reigns and Goldberg as the pair have lots in common.

They were both top college football players in the same state, with Reigns playing at Georgia Tech and Goldberg at the University of Georgia before going on to play professionally in the NFL for the Atlanta Falcons.

It's understood he will be replaced by another wrestler but it's not clear who that will be.

Currently the event is still planned to go ahead behind closed doors, without an audience, to reduce the risk of the virus spreading.

WWE: Dwayne 'The Rock' Johnson returns to the ring

WWE: Check out the first WWE wrestling school in the UK