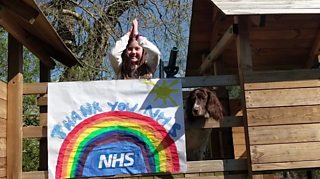 Thousands join Clap for our Carers for the NHS

If you were awake at 8pm Thursday night you probably heard lots of clapping and cheering.

People around the UK opened their windows, went out on their balconies and stood on their doorsteps to give a round of applause for workers in the NHS.

The 'Clap for our Carers' was to say thank you for all their hard work at the moment.

The Royal Family, including Prince George, Princess Charlotte and Prince Louis, joined in too.

There was also a big light tribute that said "Thank You NHS", and famous buildings around the UK were lit up in blue to show support. 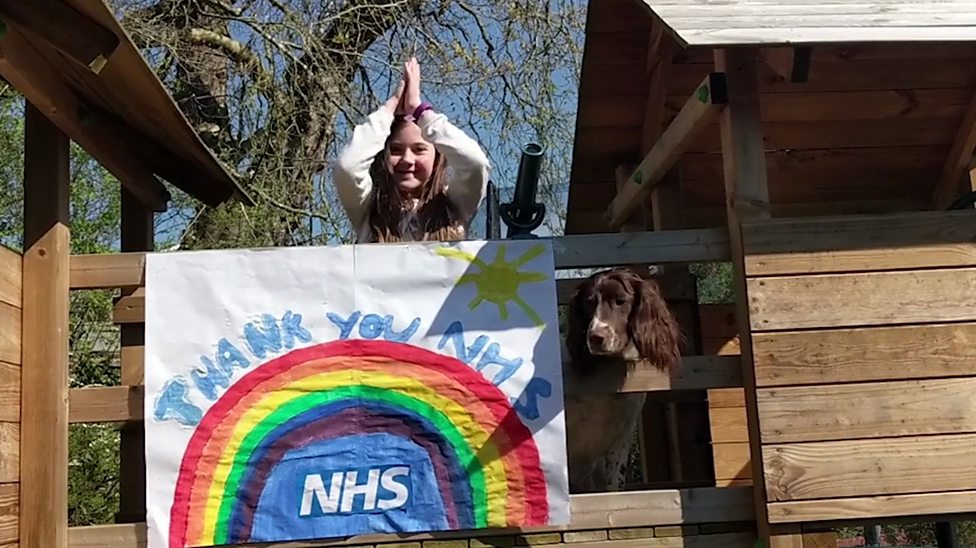 Thousands join Clap for our Carers for the NHS