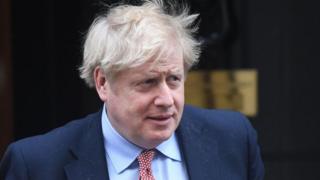 The UK's Prime Minister has tested positive for coronavirus.

In a video posted on social media Boris Johnson said he has "mild symptoms".

A statement from Downing Street said: "He was tested for coronavirus on the personal advice of England's chief medical officer, Professor Chris Whitty".

Mr Johnson will self-isolate in Downing Street, but will still be in charge of the government's handling of the virus.

He added that he will be "working from home" and using "the wizardry of modern technology" to communicate with his team.

The PM also thanked key workers such as the police and teachers as well as NHS staff.

He described the Clap for our Carers applause on Thursday night as "very moving".

Boris Johnson isn't the only member of the government to have tested positive for the virus.

Chris Whitty, the chief medical officer who advises people like Boris Johnson and Matt Hancock has announced he is self-isolating, "after experiencing symptoms compatible with COVID-19." He says he will be staying at home for the next seven days, but will still be able to advise the government.

It's after it was announced earlier this week that Parliament would be shutting for a month to help stop the virus spreading.