Coronavirus: Clap for our Carers for the NHS marked by thousands 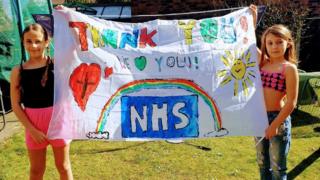 People all across the UK took part in a huge round of applause on Thursday night.

It was an idea called Clap for our Carers and was organised to give people the chance to show their support and appreciation for all those working hard in the NHS.

Loads of people got involved - including lots of famous faces!

People clapped and cheered from their gardens, front doors, balconies and windows at 8pm.

We want your Clap for our Carers videos

What is social distancing? 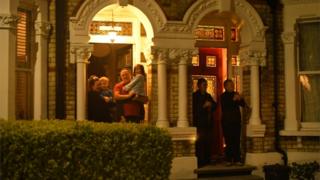 Some people even banged pots and pans, and fireworks were also set off. 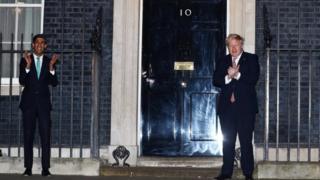 Prime Minister Boris Johnson and the Chancellor Rishi Sunak stood outside Number 10 on Downing Street to clap for the NHS. 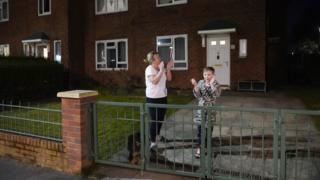 This boy came out in his dressing gown to make sure he could join the clap before bedtime. 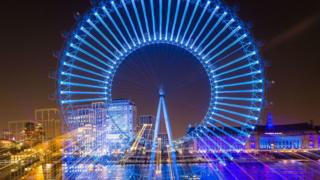 The London Eye turned blue, which is the colour of the NHS.

It could be seen for miles across London! 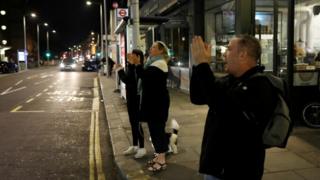 These people in the capital city joined the applause from the street and cheered. 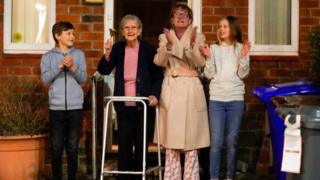 This family stood at their front door to say thank you.

One member of the family even rang a bell to make some more noise for the workers! 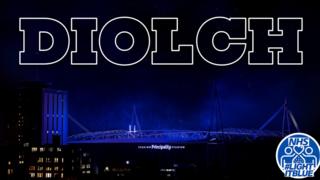 The Principality Stadium in Cardiff turned blue for the initiative.

Diolch means "thank you" in Welsh! 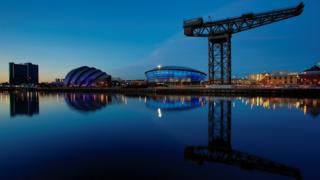 In Scotland, the SSE Hydro stadium turned blue too.

On social media they said: "The SSE Hydro will be blue this evening as a massive thanks to the many doctors, nurses, carers, GPs, pharmacists and other #NHS staff who are working so incredibly hard to help those affected by the coronavirus. We salute each and every one of you." 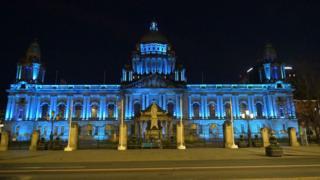 Another building which was lit up in blue was Belfast City Hall. 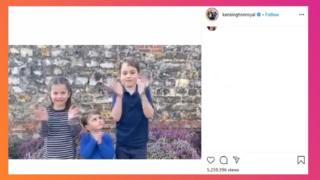 The three of them took part in the applause and Kensington Palace said: "To all the doctors, nurses, carers, GPs, pharmacists, volunteers and other NHS staff working tirelessly to help those affected by #COVID19: thank you." 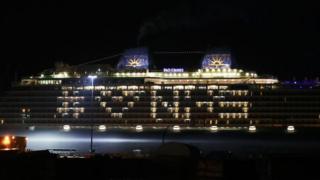 Of course the MV Ventura can't clap, but it made sure it got involved somehow! 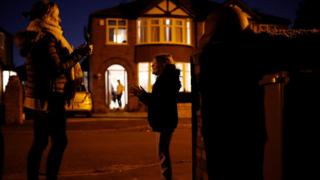 Coronavirus: Send in your Clap for our Carers videos

Coronavirus: Can you spot your rainbow picture in our gallery?

Coronavirus: Send your thank you messages to key workers