Coronavirus: These pictures show how people are smashing not going out 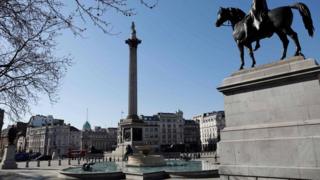 Many famous landmarks and buildings across the world are empty as people are being told to stay home because of coronavirus.

Here's London's Trafalgar Square which is completely deserted - it is normally packed with tourists and locals.

Mayor Sadiq Khan thanked Londoners for doing as they're told by following the rules as people are avoiding public transport and spaces. He said: "The more we stay at home the more lives we can save."

Here's what some other famous places look like now they're a little emptier because we're all staying at home. 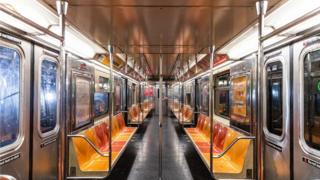 The state of New York is the one of the worst affected areas in the United States.

As a result, the underground subway train service has been cut by 25% as most people are staying at home.

Take a look at this empty carriage on a subway train, just one of many examples of how public transport has been affected all around the world during this time.

New York's Governor Andrew Cuomo said: "We are going to fight every way we can to save every life that we can," and encouraged people to stay home. 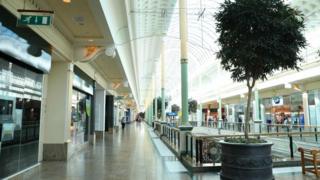 Shopping centres across the UK have been shut down as people are being told to stay at home and only go out for essential items like food and medicine.

The Trafford Centre in Manchester is one of the largest in the UK, and would usually be packed with people but it's currently very quiet.

Sir Richard Leese, the leader of Manchester City Council, told Newsround that he, "would like to thank everyone for... following public health advice and doing what they can to limit the spread of infection". 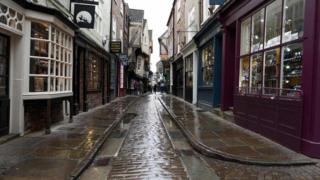 The Shambles has been a street in York for hundreds of years - but can't have seen many times as quiet as it currently is.

The street, filled with houses that date back to the 14th Century, is now almost completely empty.

York is one of many cities in the UK that's looking unrecognisable at the moment. 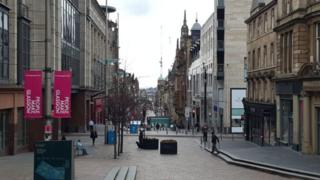 Glasgow is one of Scotland's busiest cities, but look at it now.

There's been a huge reduction in cars and buses on the roads, and the few people in the city centre are mostly joggers enjoying their one bit of exercise before heading home. 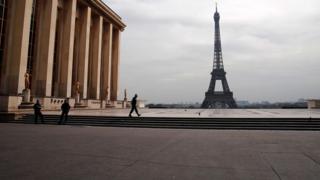 The Eiffel Tower is one of the most famous and widely visited landmarks in the world, but it's currently standing empty as visitors stay at home.

France is under complete lockdown with people only allowed out to get food.

Police are patrolling the streets to make sure everyone is following the rules and staying inside. 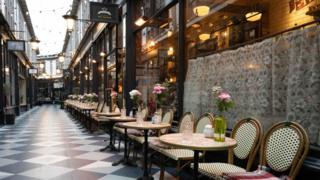 It's similar picture in many cafes and restaurants which are completely deserted at the moment as they've been told to shut for the next few weeks. 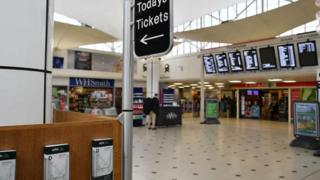 Plymouth train station is normally a busy hub for people travelling to the south west, but at the moment it is very quiet.

Travel on public transport, like trains and buses, has dropped massively as grown-ups are working from home and schools are closed.

What's it like where you live? Let us know in the comments below.