Coral Bleaching: What is it, how does it happen and how bad is it? 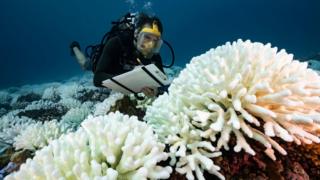 Coral bleaching has been devastating reefs all over the world.

One of the world's most famous reefs, the Great Barrier Reef in Australia, has been hit by its third mass coral bleaching event in the last five years.

The enormous reef is so big it can be seen from space, and is protected by the World Heritage for its "enormous scientific and intrinsic importance".

But scientists say that warmer sea temperatures in February this year may have caused huge damage to the reef.

Learn loads more about climate change and your planet

Loudspeakers are bringing fish back to coral reefs

Scientists trying to save coral reef

During 2016 and 2017 the Great Barrier Reef suffered its worst mass bleaching event for years, wiping out two thirds of its coral.

Scientists are worried that the reef hasn't had enough time to recover from this last bleaching, so that's why this current event is particularly bad news.

So just what is coral bleaching, and what is being done to stop it? 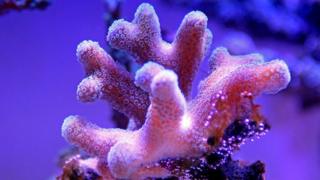 Coral, or polyops as they're also called, are closely related to creatures like sea anemones and jellyfish.

They have a hard, protective limestone skeleton called a calicle, which they use to help anchor them to the sea floor.

They often live in groups called colonies, and can form reefs when lots of colonies join together.

Some of the coral reefs on the planet today began growing more than 50 million years ago!

What is coral bleaching?

Many types of coral have a special relationship with tiny plant algae called zooxanthellae - that live in the coral.

These tiny algae produce about 90% of the food the coral needs to grow.

Bleaching happens when sea temperatures get too high or low, causing the algae to get 'stressed out' and leave the coral.

This then turns the coral white and, with its main source of food gone, it is left very vulnerable.

Zooxanthellae are also responsible for giving coral their bright and pretty colours!

Why are coral reefs important? 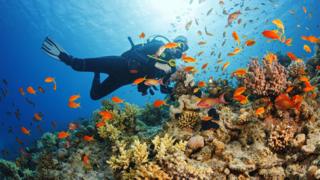 Coral reefs are home to 25% of the world's marine species - they're like the Amazon rainforest of the seas.

Some reefs also provide a home to species that can't be found anywhere else on Earth.

Coral reefs also help to protect against coastal erosion which can damage cliffs and beaches.

Creatures and fish living on the coral provide food and income for local communities.

Coral can be used in some types of medicine and the beautiful reefs provides income for locals from tourists who pay to visit them.

How is climate change affecting coral?

Coral bleaching can be triggered by an increase or decrease in sea temperature, or a change in ocean becoming to acid - acidification.

An increase of just one degree Celsius for four weeks can cause bleaching. If this continues for more than eight weeks, the coral can die.

While some coral reefs can recover from bleaching in a few years, others don't recover at all.

As the Earth's temperature warms due to global warming - so does the risk of mass bleaching - as seas get warmer.

Coral bleaching can be devastating - it has the potential to wipe out whole ecosystems - as wildlife around the coral can no longer find food, they move away or die, creating barren underwater landscapes.

What is being done to save coral reefs? 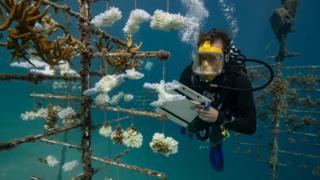 Australia has pledged to spend £275 million to protect the Great Barrier Reef.

Some countries are also making coral nurseries, where they are trying to re-grow damaged reefs.

These new coral colonies can then be introduced into damaged ones, in the hope they'll bring them back to life.

Coral reefs can survive a bleaching, they just need time - decades in fact - to recover.

Australia to pay for Great Barrier Reef restoration and protection