Purple Day: What is it? 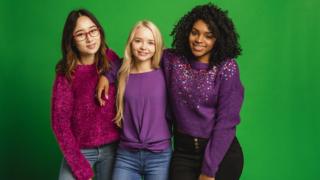 People all over the world use Purple Day to raise awareness of a condition called epilepsy.

It takes place on 26 March each year.

It's also a chance for people to raise money for charities which support people with epilepsy.

How did Purple Day start? 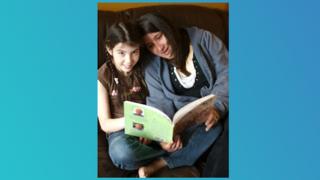 The idea came from a young girl in Canada called Cassidy Megan in 2008.

She has epilepsy and wanted others with it to know that they're not alone.

Cassidy also wanted more people to talk about the condition and to bust myths that people might have about it.

I wanted people around the world to come together and teach others about epilepsy.

Why the colour purple?

The colour purple was chosen because lavender is the international flower of epilepsy.

Lots of people wear purple clothes, bake purple treats and some buildings are even lit up in the colour to mark the day. 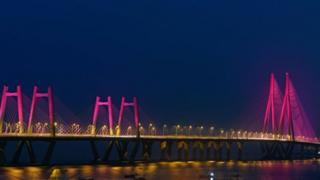 Getty Images
This bridge in Mumbai, India was lit up for Purple Day in 2018
What's happening this year?

This year is a bit different because people are having to stay at home due to the coronavirus.

Instead charities, such as Epilepsy Action, are encouraging people to set a virtual challenge and get sponsored to reach their goal. That could be to walk, skip or hop 10,000 steps a day, perhaps with a jog around the garden, a walk up and down the stairs or by dancing to a favourite tune.

Epilepsy Action, as well as another support organisation called the Epilepsy Society, are also encouraging people to talk about their condition.

This might mean sending a text or video calling friends and family to tell them that they're marking the day and why they're doing it.

Epilepsy: What is it?

Meet the 16-year-old who organised a very special prom

Karate: 'I run my own karate class'