Jodie Whittaker has sent a message as Doctor Who telling everyone that, "things will be alright, even if they look uncertain".

The 13th Doctor also urged fans to tell jokes - "especially bad ones" - and to be kind while looking out for friends and neighbours.

And the actor reminded fans how they could help to tackle coronavirus, saying: "Listen to science, listen to doctors, they've got your back."

Jodie Whittaker's message comes ahead of another global rewatch of a classic episode.

Like the Doctor's arch enemy, The Master, once said "what this country really needs, right now, is a doctor". And it seems fans of Doctor Who agree. 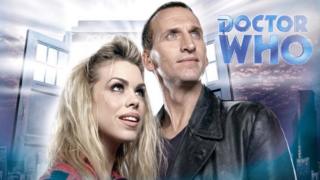 While real-life doctors and nurses work really hard to make sure people get better from coronavirus, the rest of us have been told to stay indoors.

So Doctor Who fans, known as Whovians, living around the world all came together last week to watch Day of the Doctor, the 2013 episode that celebrated the long-running series' 50th anniversary.

The simulcast of the episode was so popular that thousands watched it and former show-runner Steven Moffat even wrote a special scene for the occasion. It included the popular character Strax. Although, he was just in puppet form as it seems the special effect budget is quite small while in in self-isolation.

The idea of a mass rewatching of episodes came from Emily Cook, a writer and journalist for Doctor Who Magazine. She wanted something that would bring fans together during a time of self-isolation and now there's another episode on the way, along with never seen before content.

"It doesn't matter how you watch, where you watch, the most important thing is when you watch." Emily said.

"You need to make sure that you are watching at the same time as everyone else, so we can have a connected fan experience.

"Maybe you've never watched Doctor Who before, now is a great time to watch it and give it a go.

"[Doctor Who] has taught me how to be brave, and hopeful when times are a little bit scary." Said Emily.

So now fans are planning to do it again this Thursday and this time Russell T Davies, the writer who brought back the series in 2005, has decided to get involved.

He announced on social media an event to watch another classic episode, Rose, but added that, "ROSE: THE PREQUEL [will be] on the BBC's Doctor Who website." too.

The prequel is never seen before footage from the series, while the episode itself features ninth Doctor Christopher Eccleston and his companion Rose, played by Billie Piper.

'Rose' is available in the UK on the BBC iPlayer.

Coronavirus: How to BOSS being stuck at home!