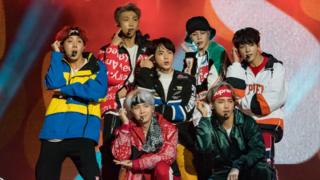 The K-pop band have just launched their very own web series to help their supporters learn Korean.

Fans can take part in lessons on the social media app Weverse. Three episodes have already been released and a new one will be available for people to view every Monday.

There are 30 episodes in total which aim to help the members of the BTS army get to grips with the group's native language. Each video will be three minutes long and will mainly focus on simple Korean grammar and expressions.

Quiz: How K-pop are you? 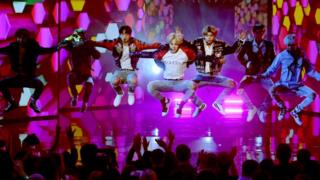 The group's record label Big Hit Entertainment said the lessons are "designed to make it easy and fun for global fans who have difficulty enjoying BTS' music and contents due to the language barrier."

The idea to create the series came after fans of the group asked for English subtitles to be added to videos to help them understand what the band members were singing and rapping about.

The web series will reuse clips from the band's reality show, Run BTS! It'll also include content from the Bangtan Bomb and BTS Episode series.

Will you be checking out BTS' new language series?

If you could learn any language, what would it be? Let us know in the comments.

BTS are coming back!

BTS: All you need to know about the K-Pop group's world tour