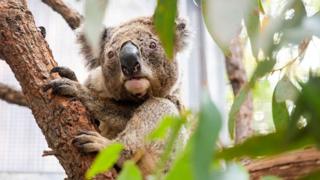 Four koalas and one joey (a young kangaroo) that were rescued during the bushfires have been returned to Australia's Blue Mountains.

The koalas were among a group of 12 that have been looked after at Taronga Zoo in Sydney until the area where they were found was safe for their return.

The area suffered a lot during the wildfires that moved through the country.

Lots of animals' habitats were destroyed by the fires along with one million hectares of bushland.

The return of the koalas is part of a bigger plan by conservationists to try to bring back koala populations in the area.

How much do you know about koalas? 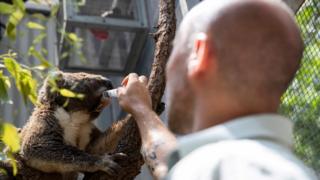 During the bushfires, experts from Taronga Zoo treated more than 100 koalas across two hospitals.

Dr Kellie Leigh, executive director of conservation group Science for Wildlife, said: "We have been busy assessing the burnt area that we rescued them from, to establish when the conditions have improved enough that the trees can support them again. The recent rains have helped and there is now plenty of new growth for them to eat, so the time is right. " 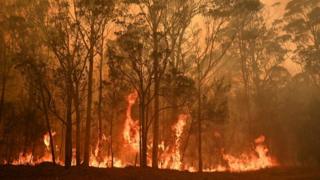 As the bushfires raged across the state of New South Wales, experts decided to move as many koalas as they could from the area.

The team used already-installed tracking devices to find the koalas they needed to rescue, and it's the same tech that will allow scientists to study how the marsupials adapt when they get back home. 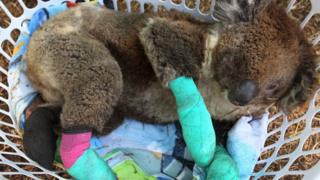 "The radio-tracking devices that enabled us to find the koalas quickly and move them from in front of the fire will now allow us to follow them and find out more about how koalas use the landscape after fire, including where else we might find pockets of surviving koalas," said Dr Leigh.

Australia fires: How much do you know about koalas?