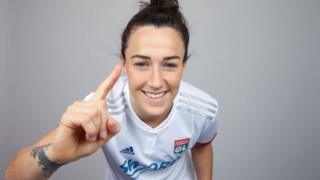 Lucy Bronze has been named BBC Women's Footballer of the Year 2020.

The England and Lyon defender has won the award for the second time - after winning in 2018.

How the Women's World Cup is inspiring young girls

Women's World Cup: Everything you need to know 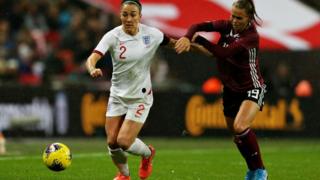 Bronze said: "Winning a trophy twice is special because it's so much harder".

In 2019 she was named the Uefa's Women's Player of the Year and runner-up in the women's Ballon d'Or - behind Rapinoe.

With her club Lyon she claimed a trophy treble, winning the French league, French cup and Champions League. 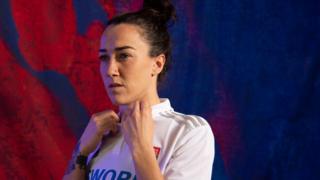 With England she won the SheBelieves Cup and scored a memorable 20-yard strike as she helped the Lionesses reach the World Cup semi-finals.

Unfortunately, England missed out on bringing the World Cup trophy home and Bronze says, "2019 was one of my most disappointing years purely because of the World Cup".However, Bronze did add: "I'm starting to look back even now and saying I achieved a lot and had a really good year, probably an outstanding year in my career in terms of winning trophies." 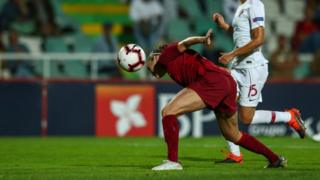 As it stands, 2020 could include representing Great Britain at the Olympics in Tokyo, unless they're rearranged due to the coronavirus outbreak, and then a home European Championship in England in the summer of 2021.Bronze said: "Things have changed so much since the World Cup and next year with a home Euros it's something that can change even more and get even bigger, especially for us in England.

Womens World Cup: Inspiring the next generation of girls

Girls in football: 'In reality, we're 100 years behind men's football'