Coronavirus: How watch parties help to stay in touch 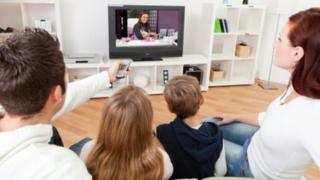 Many of us are finding new ways of keeping ourselves entertained as coronavirus means we're not really supposed to be going out.

With some countries on lockdown, schools closed and social distancing being introduced in the UK lots of people are staying in and trying to keep themselves entertained.

The big challenge is staying in touch with your friends, but some people have found the solution: watch parties.

These are online get-togethers where people watch some TV or a film at the same time.

They then use a group chat or video chat to talk to each other about what they're watching.

Virtual hangouts are increasingly getting more popular especially now that schools are shut.

If you're missing your friends or getting bored at home then you could try suggesting hosting a watch party and pick something you can all watch.

Just pick a film you want to watch on a streaming platform and away you go. 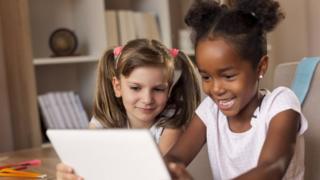 On Saturday 21 March, Doctor Who fans were in for a treat as a repeat of the 50th anniversary special was aired.

People were able to watch it simultaneously on BBC iPlayer, and were encouraged to take part in a live discussion on social media.

This could become a more regular thing as the idea proved to be really popular with fans!

What do you think? Would you join in with a watch party or like to see repeats of your favourite shows?

Coronavirus: What's it like being on lockdown in Italy?

Coronavirus and quarantine: All you need to know about self isolation