Tokyo 2020: Will the Olympics be postponed because of coronavirus? Could one of the world's biggest sporting events be called off because of coronavirus?

A decision on whether to postpone the Olympic Games in Toyko will be made in four weeks' time by the International Olympic Committee (IOC), which runs the event.

Japanese Prime Minister Shinzo Abe admitted for the first time on Monday that the Games could be delayed.

They were due to begin at the end of July in Japan.

How is coronavirus affecting your plans?

Why football has been affected by coronavirus

The IOC is under pressure after Canada announced that it would be pulling out of the Games.

It is the first major country to announce that it is withdrawing from the event.

Canada's Olympic and Paralympic Committee said on Monday it had taken "the difficult decision" to withdraw after consulting athletes, sports groups, and the Canadian government. 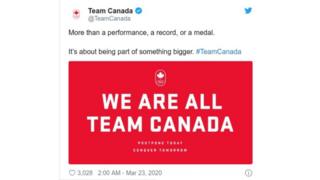 @TeamCanada
The country also told the world their viewpoint on Twitter.

Meanwhile, Australia's Olympic team has also said it is "clear" the games could not go ahead. Australian athletes have been told to prepare for a 2021 games.

On Sunday, senior members from the IOC met to talk about what to do about the Games.

They've ruled out cancelling the Games altogether but are looking at pushing back the start date by a few months.

However, they won't make a decision for another four weeks as the situation across the world is continuing to change. 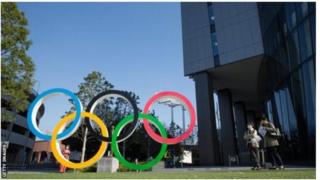 Getty Images
What's the reaction been like from athletes? 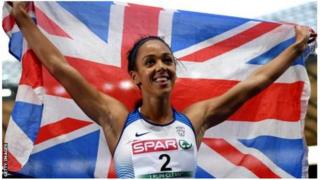 British heptathlon world champion Katarina Johnson-Thompson said on Twitter: "I feel under pressure to train and keep the same routine which is impossible."

She had recently been training in France but returned to the UK after the country was put into lockdown.

British sprinter and world champion Dina Asher-Smith said on Twitter: "so wait... does this mean that athletes face up to another FOUR weeks of finding ways to fit in training - whilst potentially putting ourselves, coaches, support staff and loved ones at risk just to find out they were going to be postponed anyway!!!." 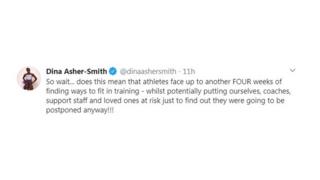 British cyclist and Olympian Callum Skinner has also called for the Games to be called off.

He won gold in the men's cycling team sprint at Rio 2016 and called on Tokyo's organisers to make a decision now, saying both the Olympics and Paralympics should both should be rescheduled, "until the Covid-19 global pandemic is under control". 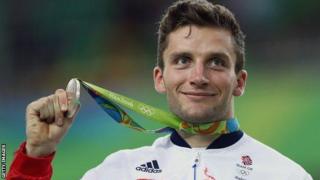 Getty Images
Callum at Rio 2016.
When are the Olympics supposed to be on?

The Olympics are scheduled to take place in Tokyo from 24 July to 9 August with the Paralympics due to be held from 25 August to 6 September.

Hundreds of athletes from all over the world take part in the events and have been vigorously training for years.

The Olympics has been cancelled before in 1916, during World War One, and in 1940 and 1944, because of World War Two, but the event has never been postponed, so deciding to do this now would be a huge decision.

What do you think? Should the Olympics be delayed? Let us know in the comments below.

Glastonbury 2020 off because of coronavirus as Eurovision also cancelled

Coronavirus: Why Stormzy's cancelled part of his world tour