Finland is the happiest place to live - for the third year in a row! 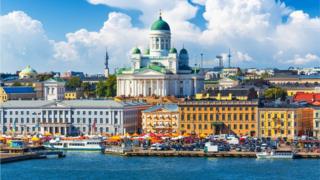 Getty Images
Helsinki is the capital of Finland

Where is the happiest place to live in the world? *drumroll please*... It's Finland!

The United Nations has revealed the results of its annual World Happiness Report, and the north European country came out top.

In fact, Finland has finished top for the last THREE years.

Send us your happiest moments of the year!

The report asked people who live in 156 countries how happy they are based on where they live.

Some of the least happy places to live, according to the people who live there, were Afghanistan, South Sudan and Zimbabwe, all of which have seen war, poverty and food shortages in recent years.

But, what's so great about Finland?

ROCK ON! Each year the Nordic country hosts the Air Guitar World Championships!

People from all over the world come to show off their wild moves in order to be crowned the winner.

It's been held in the small town of Oulu for the last 24 years, and 2019's winner was Rob Messel.

Youngest PM in the world 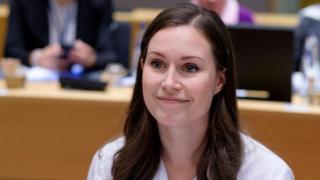 At just 34 years old, she is in charge of a coalition of five other parties in Finland (including her own Social Democratic party) and each leader is a woman!

Sanna is very passionate about fighting climate change and hopes Finland will be the first country to become carbon neutral, by 2035. 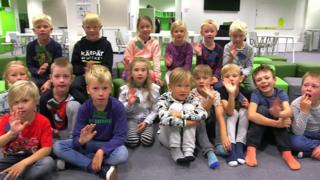 Some schools in Finland have ditched classrooms in favour of 'open-plan learning'.

They believe it will help with the subjects children are taught, mixing practical skills with more traditional lessons.

However, a similar experiment in the UK in the 1970s had to be given up, because children and lessons were too noisy.

What do you think? Does Finland sound like the happiest place? Or do you think there is somewhere happier?

Where is the happiest place in the UK?