Overwatch Echo: Who is the new character and what can she do? 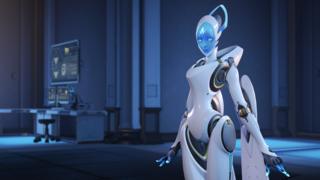 A new character has been added to the Overwatch team.

She's called Echo and fans have had to wait a while to play as her.

She was teased in a video two years ago but is only available to play in test mode now.

What happened at the league grand final?

Switch, Overwatch and all the latest Nintendo news

Echo is still in test mode because developers want to tweak how powerful she is, if players think that she's too strong.

She's got a cool new ability called Duplicate that allows her to mimic other heroes - and people think this could be game-changing in tournaments! 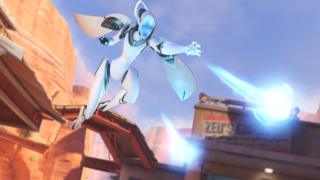 Echo was created by one of the founding members of the Overwatch organisation and has been described as an "evolutionary robot".

Her primary attack is the Tri-Shot, which fires three shots at once, and she's also got something called the Focusing Beam, which causes huge damage to targets that have under half their health.

She sounds like she could be a tricky character to defeat!

Are you looking forward to playing as Echo?

Let us know what you think about her in the comments!

Overwatch league grand final: Everything you need to know about