Spring equinox 2021: Why there are different dates for the start of spring? 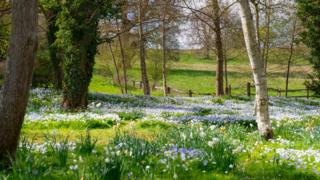 It's the spring equinox. It's a season where the days start getting longer and trees slowly start turning green.

But don't be confused if you hear two dates flying around when it comes to spring, there's the equinox, the first day, and also the solstice!

Don't worry, there's a reason there are so many terms and definitions.

There are two separate weather seasons - one is the meteorological season and the other's called the astronomical season. 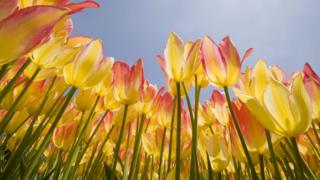 More of your big questions answered

How was the Earth made?

What's the difference between all the dinosaur periods?

The meteorological season splits the year into four seasons of three full months.

That means that every year spring begins on 1 March and lasts until 31 May. According to the meteorological season, spring has already begun!

Then there's the astronomical season, it revolves around equinoxes and solstices, so it's determined by the Earth's tilt as it goes around the Sun.

The astronomical season depends on the date of the spring equinox - so that date comes later and varies a bit from year to year.

This year, the spring equinox falls on 20 March, and the astronomical spring will last until the summer solstice.

The summer solstice will fall on 21 June. 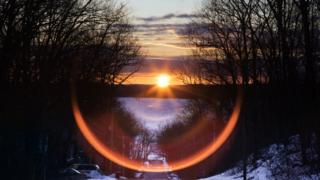 But hang on, what's an equinox, what's a solstice, and what's the difference between the two?

An equinox is when the Sun passes directly over the equator - the imaginary line half way between the North and South poles than runs round the Earth. There are two equinoxes each year. 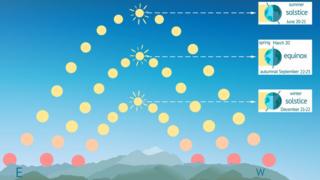 The equinoxes happens twice a year - on or around March 21 and September 21.

The autumnal and spring equinoxes mark when the two hemispheres swap over, while the summer and winter solstices mark the Sun reaching its most northerly and southerly points.

The Big Question: How was the Earth made?