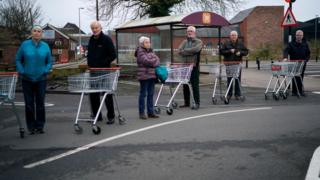 Coronavirus has led to schools closing, all sorts of sports event being suspended and lots of people are working from home.

But, with lots of people being asked to stay at home and things like that, lots of really nice stories have emerged.

Turns out people are good at helping each other out!

Here are seven positive things that might just put a smile on your face - despite everything that's happening.

You've probably seen lots of pictures and videos online of people rushing around supermarkets trying to get as much toilet roll as possible.

Some of the major supermarkets have realised that this panic-buying behaviour stops more vulnerable and elderly people from getting the supplies they need.

So, they've reserved special slots in their opening times specifically for more vulnerable customers to get their shopping done. 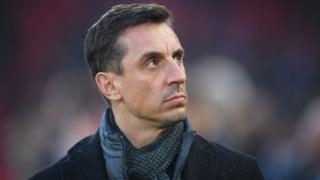 It's really important that NHS workers like doctors and nurses are able to carry on helping those in need.

It means that they can't be near family members who have been affected by the virus.

To combat this, Chelsea Football Club - and former Manchester United footballer, Gary Neville - have opened up their hotels for NHS workers to use for free if and when they need them. 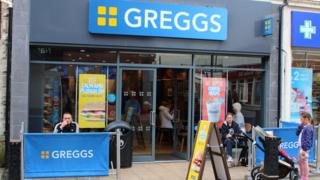 Lots of people are worried about losing their jobs if their places of work are forced to close because of coronavirus.

This is especially worrying for people in the service industry - that's things like restaurants and shops.

But some businesses have attempted to protect and help their workers.

For example, on 18 March, Home Bargains announced that they'd be spending £30 million to support staff if they needed to self isolate.

Gary Neville - who is already mentioned above - has told his staff they will be paid in full until the situation is sorted. 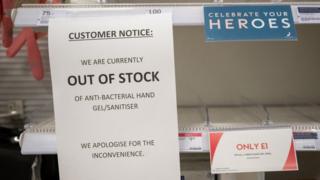 Lots of companies who normally produce things like alcohol and perfume have switched their attention to producing hand sanitiser for free.

It's because lots of supermarkets and chemists have placed strict limits on the number of hand sanitising gels shoppers can buy as producers struggle to source enough ingredients and small plastic bottles.

High fashion brand, Louis Vuitton, has told French authorities that the company will provide hand sanitiser "for as long as necessary".

In the UK, the brewing company Brewdog has started doing the same in an effort to help.

Italy has been forced into lockdown because of the coronavirus. It has meant people have had to stay in their homes.

But, this hasn't stopped the Italian spirit with lots of people deciding to have a singsong from their balconies.

Celebrities have got in on the act as well, with the likes of John Legend and Chris Martin giving fans a virtual concert through social media.

Scoring off the field 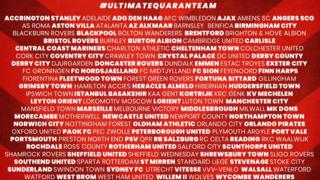 Leyton Orient have come up with an ingenious way to let fans carry on watching football.

They've organised a massive Fifa tournament involving 128 teams from all over the world.

The hope is that the fans who watch the tournament - which will be streamed - will donate money and help raise £50,000 towards the coronavirus effort.

The players have got involved too with Zlatan Ibrahimovic launching a fundraiser to, in his own words, "kick this virus away". 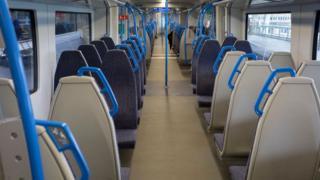 In the battle against global warming, scientists say that the number of people staying in their homes has caused levels of air pollutants and warming gases to fall.

In fact, it's down almost 50% on this point in time last year.

Coronavirus: What songs do you sing when you wash your hands?