Chinese officials have said that there have been no new cases of coronavirus in China on Wednesday.

This is good news for many as it is a sign that the pandemic in China is slowing.

So far, there have been more than 215,000 cases of coronavirus worldwide - with the majority in China.

China has been in lockdown - meaning that people are staying indoors and only going outside for food or for essential work.

Coronavirus: Schools in the UK to close 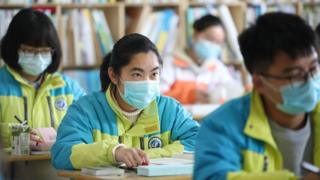 In Wuhan - where the outbreak started - residents were not allowed outside at all, apart from in very serious circumstances.

Some of these rules have now been lifted - with some people being able to work and travel in and out of Wuhan again.

Officials in China say if there are no new cases in 14 days, they may end the lockdown on Wuhan.

Why is this good news for the world and not just China?

The pandemic started in December 2019 in the city of Wuhan, in China.

China has had to pull together thousands of medical staff and quickly build hospitals to fight the virus.

To stop it spreading, tens of millions of Chinese people have been self-isolating.

It looks like their efforts are now paying off. 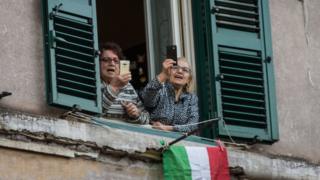 Many countries - particularly in Europe - are now encouraging their citizens to self-isolate.

Italy has been using very similar lockdown measures to China to try and stop more people getting ill there.

What are people doing while they're in lockdown?

It is hoped that self-isolation will soon reduce the number of new cases - in the same way as it has in China.

Now the number of new cases have slowed in China, many countries are asking China for advice on how they can also slow the spread down in their countries.

But it is still early days, and many governments around the world will need to keep their citizens self-isolating for a while longer.