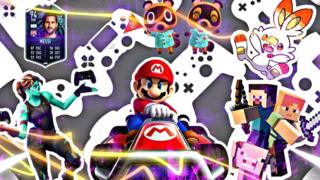 Stuck at home? We know the feeling.

While it looks like we're all going to be spending some time indoors for a little while, here are some games that eat up lots of hours and are fun to play (when you're not doing schoolwork from home of course).

These are just a few of the ones we enjoy - but there are loads of great games around and if there are any you think we should've mentioned, let us know in the comments.

Animal Crossing New Horizons is out! Here's all you need to know 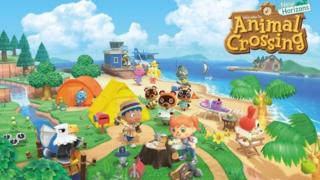 If social distancing is making you feel as if you could be on a remote desert island, then there's some good news! Animal Crossing: New Horizons, out on Nintendo Switch, lets you do just that.

Animal Crossing is a pretty chilled out game, perfect for taking a bit of time out from the real world.

You are dropped into an island paradise with a tent and a few tools to make your home. Hours can be spent chasing bugs, chopping wood, arranging furniture, watering flowers and you definitely don't need to stockpile toilet paper. Hooray.

The Legend of Zelda: Breath of the Wild (Nintendo Switch) 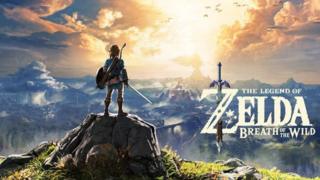 This is a game where you can spend hours exploring. There is a massive open world full of secrets waiting to be found.

In the game's story, Link and Princess Zelda lost a major battle against bad-guy, Ganon.

Now, 100 years later, you're trying to repair the damage that was done a century ago.

There's far more to the story than that, but it's much more exciting to discover on your own. 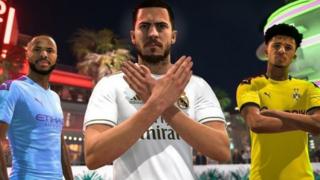 The football season is temporarily suspended, but that doesn't mean you can't take your team to glory. While in your pyjamas if you want to.

There are loads of football games out there; FIFA, PES and Football Manager are widely considered to be the best of the bunch.

Now if you want to spend hours on tactics, training sessions, contract negotiations, you name it, Football Manager is the game for you. It's not easy though, and players have actually gone on to get real life jobs at football clubs thanks to their virtual success.

So, it just goes to show, those 100 hours spent taking Carlisle United to Champions League glory might be worth it in the end.

As for FIFA and PES, they're both good games to pick up and play for 20 minutes at a time.

You can play on your own, or with a friend, and there's FIFA's Ultimate Team mode which is a popular game to play online.

Offline, both games have a manager mode, and although not as immersive as Football Manager, FIFA's Career Mode and PES' Master League are good ways to pass the time.

Football Manager is available on Windows, Mac, IOS and Android, while FIFA and PES are also available on the Switch, PS4 and Xbox One. 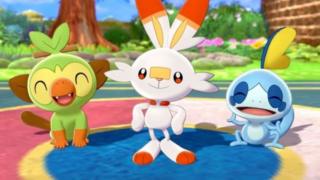 What better way to deal with being stuck inside than playing a game where you get to go on an outdoor adventure?

The new Wild Area is full of Pokémon to catch and the gym battles are epic.

If you want to complete your pokedex and catch 'em all, you'll probably be ready for the game's first new downloadable content, or DLC, which launches in June. 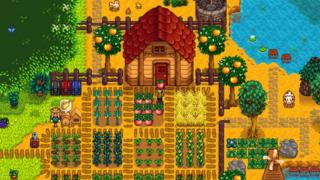 When things are a bit chaotic outside you want to chill inside. We hear you!

If that's the case, Stardew Valley is the fantasy game that might do you some good right now.

In the game you move to your grandpa's farm where you have to grow food.

You can do this by completing lots of small tasks, which can go on forever to make your farm more and more perfect.

It's slow, relaxing and fun.

Being away from your friends can be rubbish, so it's great that the various Jackbox Party packs offer a host of silly multiplayer games that anyone can stream to a small group of friends.

From terrible drawings on Drawful, or falling for the most outrageous lie in Fibbage. 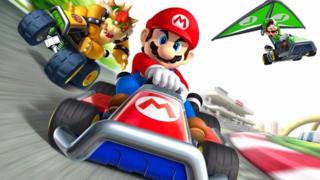 It's a classic and one the family can all get involved in. What's better than ruining your dad's first place finish than shrinking him or spinning out his kart with a banana?

The only advice is, win or lose, try and avoid family arguments, you're going to be seeing a lot more of each other over the next few weeks!