Coronavirus: Pokémon Go changes game so you can play in self-isolation 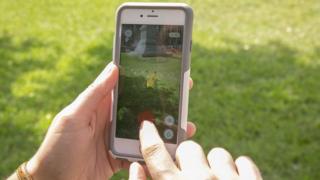 Pokémon Go's creator has made changes to the game to make it easier for people to play if they're self-isolating because of coronavirus.

Playing the game how you normally would - by walking around outside and speaking to players in the real world - would be difficult, if not impossible, if you have to stay at home.

So US developer Niantic is giving players a way to be able to do everything without leaving the house!

What to know more?

It's also postponed Abra Community Day, a planned in-game event encouraging players to get out to catch high numbers of one specific Pokémon.

Last week it was announced that the Pokémon European International Championships had been cancelled, after public health officials recommended they cancel the event.

What are the changes to Pokémon Go? 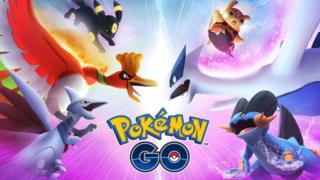 The new changes to Pokémon Go mean that more wild Pokémon will be appearing in habitats.

A 99 percent discount on buying in-game items has also been introduced, which will see Pokémon appear nearby where you are for an hour.

Pokémon will also be popping up more frequently and in more locations, to reduce the need to have to travel while playing the game.

Pokémon: What do you think of Professor Oak's new look?

Pokémon eggs will also now hatch twice as quickly when placed into an incubator, which means you won't have to walk around outside to pass the time.

And while you'd often have had to travel to lots of Pokéstops to get a sought after crucial items, now they'll be dropping gifts more frequently.

All of these measures will start straight away and will be in place until further notice, probably until after the coronavirus pandemic ends.

Niantic said: "While we've made these updates based on the current global health situation, we also encourage players to make decisions on where to go and what to do that are in the best interest of their health and the health of their communities."

Although some gaming events have been cancelled, other events like the first season of the game's Battle League will still go ahead - but players will be able to compete with one another without physically being in the same place.

Meanwhile a Special Research adventure where Genesect Pokémon - new Bug/Steel-type creatures - were due to make their first appearance, will have tasks that you can do without having to be with close to anyone else.