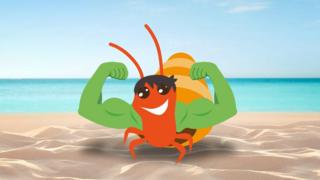 A hermit crab called the Hulk (of course!) is on the hunt for a new home because he keeps breaking out of his shell.

Hulk - a White-Spotted Hermit Crab - has repeatedly outgrown them, a bit like the green superhero of the same name.

Despite many attempts to find a suitable shell for him by conservationists at the National Marine Aquarium (NMA) - he hasn't taken to any of them.

He's recently been making do with a shell, but it's not perfect for him.

Why do crabs lose their shells?

Like all crustaceans, in the early stages of life, a crab will moult frequently as it grows at a faster rate.

Moulting simply means to lose something old, to make way for something new.

Other animals do it to, for example birds lose feathers so new ones can grow. 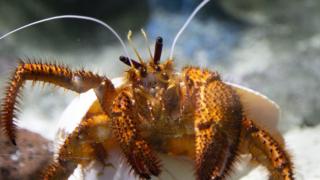 National Marine Aquarium/PA Wire
Hulk the hermit crab "is a bit of an escape artist and is very strong"!

Charlie Preston, senior biologist at the NMA in Plymouth, said: "As they get older, the rate at which they moult reduces to around once every 10-12 months.

"When they moult, they increase in size by quite a bit, so usually they will try and source a new shell when or shortly after it happens - however, this may depend on availability of new shells that meet their required criteria.

"Hulk outgrows his shells at a faster rate than we can source him new ones but is also quite a vandal and has been known to chip or break them - hence his name."

To help Hulk find a new forever home, the NMA - which is run by conservation charity the Ocean Conservation Trust - is teaming up with Plymouth College of Art.

Students there are going to try and create one for him using techniques such as glass-blowing and 3D printing! The winning design will then be made and used.

What type of crab is Hulk? 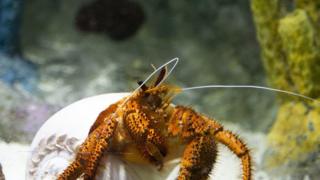 Check out these amazing underwater pictures

Hulk has been living at the NMA for six years.

Ms Preston, who oversees his daily care, said: "I believe Hulk himself has moulted around eight to nine times since he has been with us.

"We have kept most of his moults, and the size difference between them is astonishing. His initial size was approximately one to two inches across, while the latest moult measures about eight to nine inches across.

"This type of crab gets quite large and can grow up to approximately 25 centimetres (cm) in width - however, 10-12cm is the more frequently encountered size."

She added: "We must also make sure the lid on his tank is secure and weighted down, as he's a bit of an escape artist and is very strong." 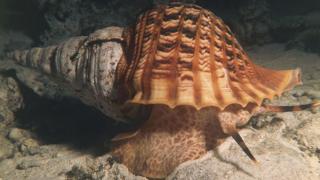 White-Spotted Hermit Crabs usually live in old gastropod shells - gastropod is a class of mollusc which includes creatures such as snails.

Their favourites are the discarded shells of the Triton Trumpet, but unfortunately they haven't been able to find one for Hulk.

Let's hope he gets a new home soon!

Ghost crabs use teeth in their stomachs to growl at predators

Underwater Photographer of the Year 2020: Check out these amazing pictures