Lost dog Chico hands himself in at Texas police station 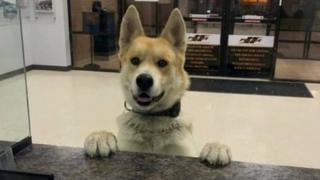 A clever dog has surprised officers at a police station in the United States by showing up to report himself missing.

Chico the German Shepherd ran into Odessa station, in Texas, the early hours of Friday morning to report himself as lost.

The homesick hound was wearing a collar but the ID tag had fallen off, so a vet was called to check if he could be indentified by microchip.

But before the vet arrived, Chico decided he'd been out long enough and headed home to his sleeping owner - who had no idea he'd been gone.

Animals stuck in the strangest places 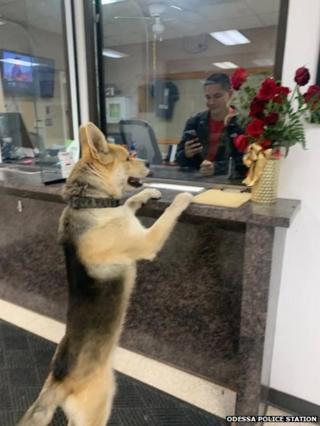 Chico's owner, Edward Alvarado, only learned of his dog's adventure when his nephew texted him the next day to say he had seen pictures of him on Facebook. 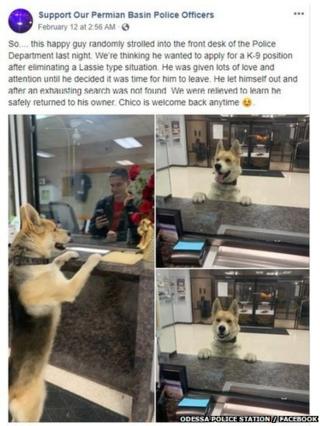 It sounds like Chico made quite an impression on the Texas police officers.

Sergeant Rusty Martin of Odessa Police said: "We were all excited to have him in the building. We had a tennis ball and threw it in the lobby for a bit. Everyone loved on him."

Amazing dogs you need to know about

The dog with the amazing smile

The animals rescued after getting stuck in the strangest places

'Ravioli' starfish: This weird starfish is reminding people of pasta