Sore loser? Take a look at these great sporting excuses 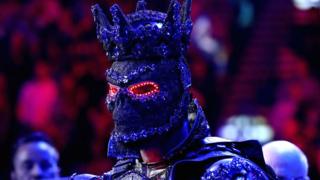 Professional boxer Deontay Wilder said he lost his title fight against Tyson Fury on Sunday, because his walk-on costume was "too heavy".

The costume, which was a tribute to Black History month, featured armour, a mask and a crown, which he said weighted around 18.1kg.

As a result of this, he said he "didn't have the legs" for the fight.

Wilder has said he will likely ask Tyson Fury for a rematch in June.

Take a look at some other sporting excuses for why people think they lost...

Gabriel Jesus and other sport stars who have lost their cool

The tightest sporting finishes in history

The longest ever penalty shoot-out! (kind of) 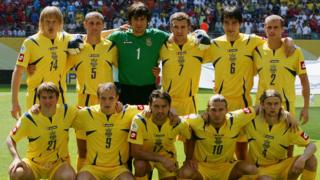 At the 2006 football World Cup Ukraine blamed their 4-0 loss against Spain on some pesky amphibians.

Vladislav Vashchuk said in a post-match interview that the team didn't get a wink of sleep the night before "because of the frogs".

Apparently the noisy frogs had kept the team awake, meaning they were tired for the match.

Do you think he was CROAKING?! 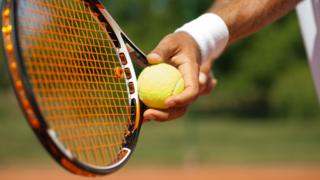 In a tournament in 1992, Zambian tennis player Lighton Ndefwayl wasn't too happy about losing to his rival Musumba Bwayla.

Ndefwayl claimed that Bwayla only beat him because his pants were "too tight", and that Bwayla trumped when he served, making him lose his concentration.

He's now famous all over the world for his silly excuses.

What a load of hot air! 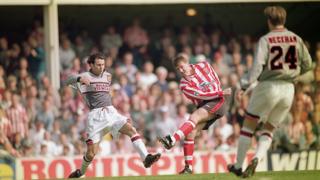 Manchester United blamed their loss against Southampton in 1996 on their kit.

The match took place on the 13th April (a traditionally unlucky number), and when the players headed down the tunnel at half-time the score was 3-0 to Southampton.

Their manager Sir Alex Ferguson said it was because their grey kits meant they "couldn't pick each other out" on the pitch.

He made the team change into a blue kit during half-time, but they still lost 3-1.

Super Bowl 2020: The event in numbers