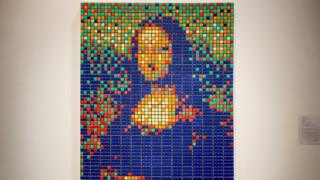 It's one of the most famous paintings in the whole word.

The Mona Lisa, by Leonardo da Vinci, lives in the Louvre Gallery in Paris but a copycat version with a difference could be in a gallery near you soon!

A mosaic version of the painting, made out of Rubik's Cube squares, has sold at auction for over half a million dollars.

More amazing artists with a difference 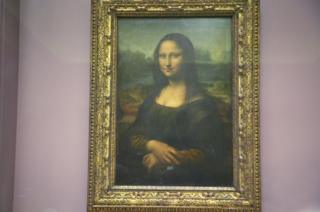 Invader used the plastic puzzles' squares to create a mosaic of the Mona Lisa and her famous smile in bright colours. 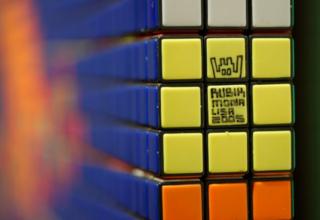 Invader, who defines himself as an UFA, an Unidentified Free Artist, wears a mask and insists on his face being pixelated for his rare appearances on camera.

We wonder what masterpiece he'll recreate in colourful cubes, next!

What do you think of the new-look Mona Lisa?

The man who turns rubbish into works of art

Why it's important to stay at home this weekend

When is Disney's Mulan coming out now?

The Labour Party has a new leader