VAR: Do YOU think it’s working? 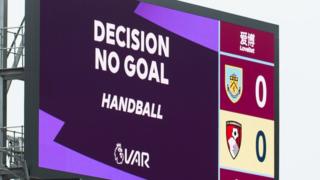 Getty Images
This weekend, VAR judged that a player had used his arm to control and clear a cross which led to a goal, but after looking at the decision, the goal was disallowed and the home side were awarded a penalty at the other end. The score went from 1-1 to 2-0 in a matter of moments! Very confusing!

Another weekend of football, another spell of VAR controversies!

This time, Burnley, Bournemouth, Chelsea, Tottenham, Manchester City and Leicester were all involved in various incidents across the Premier League.

Supporters of the technology say it will take time to get used to and to iron out any problems, but others say it is ruining the flow of matches and often makes bad decisions that don't reflect the real world.

One of the biggest groups of people who complain about the video assistant referee, or VAR, are some fans in stadiums.

That is because they don't get to see the replays on the big screens, whereas people watching on the TV at home do. This makes it very difficult for the fans in the crowd to understand what is going on!

How does VAR work?

VAR: Very Amazing Reactions because of the Video Assistant Referee 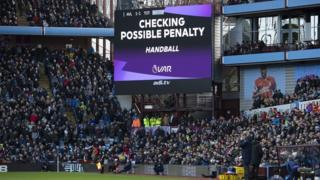 Referees, on the other hand, appreciate the extra help when making decisions.

Former Premier League ref Chris Foy said: "I refereed in the Premier League for 15 years and this is the biggest change I've seen in my refereeing time.

"There is a lot of feeling out there, but if I was still refereeing I would have loved VAR."

So what do you think? Do you love it or think it's rubbish?

Have your say below!

How to spot fake virus news 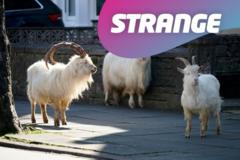