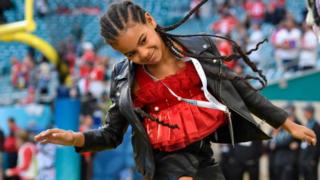 The young star has been given a National Association for the Advancement of Colored People award (NAACP) for outstanding duo/group.

It was for the 2019 hit Brown Skin Girl - a song celebrating brown-skinned women.

Blue Ivy is named as one of the singers and co-writers on the track, which appeared on the Lion King: The Gift album. She also shared her win with her mum Beyoncé, rapper Saint Jhn and artist Wizkid. 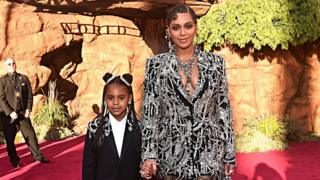 It's not the fist time that Blue Ivy has been recognised for this song, In November 2019, she bagged the Ashford And Simpson Songwriter's Award at the Soul Train Awards for her work on the song.

Beyoncé was the big winner at the gala, which celebrates the achievements of entertainers of colour. She won six awards, including outstanding female artist and album.

Beyoncé formed her first girl group, called Girl's Tyme, when she was around eight years old!

Jay Z snaps up De Bruyne, Lukaku and Bailly as a football agent

Beyonce: Netflix Homecoming documentary and New Album - What we know!