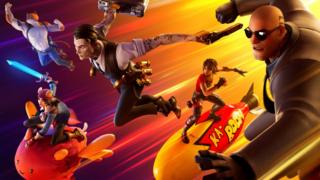 Fortnite fans - the wait is finally over. Chapter 2 Season 2 has arrived!

Players have had to wait around 18 weeks - that's almost double the normal season time - for the new one to drop after a major delay from developers Epic Games.

But two trailers gave a glimpse into what was to come after Season 1: a spy and secret agent theme, with exciting new skins and characters.

Let's take a look at what Season 2 has in store. 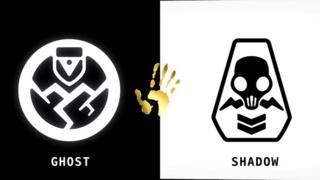 Fortnite/Epic Games
Which team will you choose?

This is the mission: "The island has been taken over by covert operatives - Ghost and Shadow - and its fate is in your hands. Will you join the fight?"

According to the Epic Games website, players will have to choose their side, working for either Ghost or Shadow, to unlock their character's bonus style.

But choose wisely, because completing the final mission makes it permanent.

Players complete different missions in the Challenge Table to "earn a battle pass variant" for each of the new characters, and get those all important VBucks back.

In Chapter 2 Season 1 there was a new island, The Shark, with its secret base, and two new Hub islands - Flat Grid Hub, and Floating Island Hub. There was also more choice for creating your dream Hub.

Thirteen new extra locations were also added. So what else is in store for Season 2? 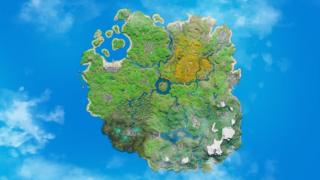 Epic Games
A new island was introduced in Season 2 Chapter 1, so what new features does Season 2 have?

The map's been given a bit of a refresh, with an oil rig, a fortified volcano hideout, an island mansion and a new agency headquarters all being added.

But players will have to use their best spy techniques to avoid detection, using secret passages and "decoy grenades" to sneak into enemy bases, and avoid the enemy's auto turrets and security cameras. 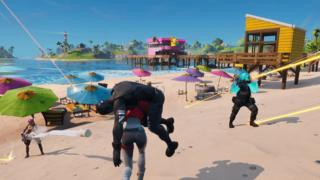 After fighting off the guards and defeating their leader, players can get their hands on their specialist weapons.

Then they can kick back on the giant luxury yacht, because what else would you want after a long day of spying?

What are Fortnite 2's new skins ? 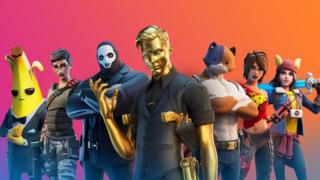 "You can surf the skies as Tntina, gain the golden touch as Midas, and get the top secret clearance as special surprise agent in the battle pass."

And that's not all that creators Epic Games are telling fans either.

There are more opportunities to be creative than ever before. With new character Maya, her final look can be chosen by getting to pick her clothing, hairstyle, and tattoos and face paint.

There's also the usual selection of new characters and skins to unlock if players buy this season's battle pass, with Peely the banana in a tuxedo, a cat henchmen named Meowscles, and a man with golden hands.

What else could be in store for Season 2? 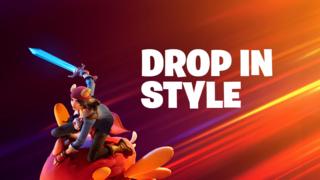 If everything goes to plan, Season 2 will end on 30 April, so what else could be coming up?

Following Chapter 2 Season 1's release back in October, there have been lots of exciting surprise moments. Remember when the black hole appeared and became the "most viewed gaming event ever" ?

The new island has been home to a Halloween event, and in December, Star Wars director J.J. Abrams made his Fortnite debut bringing lightsabers to the game, so watch this space for any new features.

What else would you like to see in Season 2? Let us know in the comments.

Fortnite: Back to school for Wolfiez the millionaire gamer