A Sikh temple (also known as a Gurdwara) in Derby has gone plastic-free in time for the Sikh New Year.

That's because a group of kids asked the people in charge if they could use alternatives to plastic instead.

The charity Eco Sikh, which encourages Sikh communities to help the environment, said the kids have been "brilliant" at making changes in the temple.

Sikh temples serving up free food for all 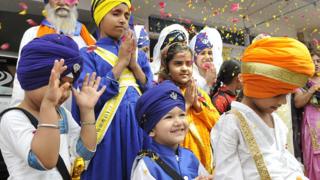 The kids have asked that the Gurdwara changes little things to make a big difference.

The Gurdwara has swapped plastic plates for steel ones, and now uses glasses instead of plastic cups.

After worship, people can collect a type of food called Parshad. In the Gurdwara in Derby it used to be given out in plastic bags, but now it goes in paper ones instead, 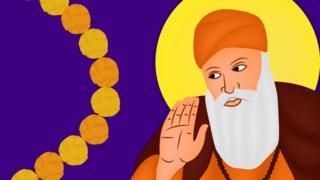 Sikhism began over 500 years ago in an area called the Punjab in India. It was founded by a man called Guru Nanak Dev Ji and is based on his teachings.

There are over 25 million Sikhs all over the world, although the highest population is in India.

What is Sikh New Year?

The start of the month is called Chet, the first month in the Nanakshahi Calendar, and it starts on 14 March.

The calendar started with the birth of Guru Nanak in 1469.

The month of Chet runs until April 14, and that's when the month of Vaisakh begins and the festival of Vaisakhi takes places.

How do people celebrate? 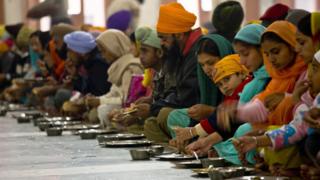 These will also be especially decorated for the occasion.

Celebrations always include singing and music, as well as reading out scriptures and chanting hymns.