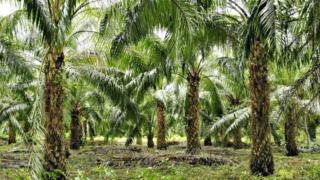 Kellogg's, one of the big companies who make breakfast cereals, has announced some big changes involving palm oil.

It's after two sisters started a campaign when they found out the company used palm oil in its products.

Asha and Jia Kirkpatrick, aged 12 and 10, launched a petition after hearing about rainforest destruction stemming from the industry. 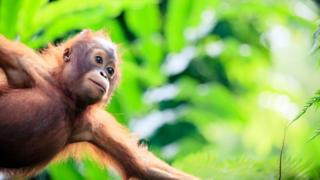 Palm oil is found in lots of things from cereal to toothpaste but thousands of acres of Indonesian rainforest have been destroyed to create it.

Why do so many products use palm oil?

What's palm oil got to do with Iceland?

Asha and Jia, from Bedfordshire, started an online petition back in August 2018 which got almost a million signatures.

It led to Kellogg's deciding to remove unsustainable palm oil from its products.

What is the difference between sustainable and unsustainable palm oil?

Some types of palm oil are better than others when it comes to preventing deforestation.

The company says it is now committed to using sustainablepalm oil.

Asha and Jia's mum, Harvinder Dhinsa, said it was "fantastic" Kellogg's had agreed to make changes and is very proud of her daughters.

According to the charity Greenpeace, around 25 orangutans are killed every day because of the destruction of their habitat - rainforests. 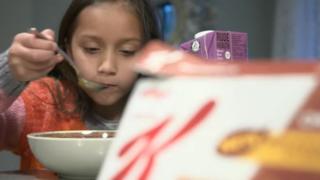 Kellogg's says it will work with various companies and independent non-governmental organisations to monitor suppliers and spend money on restoring rainforests and wildlife.

It also said the palm oil it used in Europe was produced in a "sustainable way" and was certified as such.

Palm oil: What is palm oil and which foods and products contain it?