Brit Awards 2020: Where are all the female nominees?

Get your snacks at the ready and secure your favourite spot on the sofa - the Brit Awards are back for another year tonight!

The event will see performances from big names like Billie Eilish who is set to perform her brand new Bond theme song, No Time to Die, for the very first time.

A number of other famous faces including Harry Styles, Stormzy and Lewis Capaldi will be taking to the stage too.

But this year's nominations have raised some important questions around diversity, specifically when it comes to women in music.

Are the big awards diverse enough? 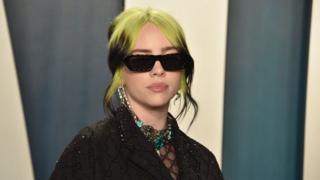 There are four categories at the Brits for which both male and female artists can win awards in this year.

However, singer Mabel is the only British female artist nominated in any of these categories. American pop star Miley Cyrus is also up for an award for the song 'Nothing Breaks Like a Heart' alongside Mark Ronson.

In total, women have been nominated just three times in the mixed gender categories despite there being a total of 25 slots available. 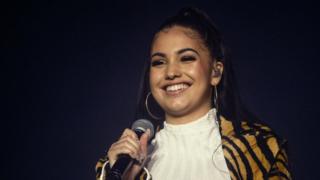 Getty Images
Pop sensation Mabel was the only British female to be nominated in the mixed gender categories at this year's Brits
Why the lack of female nominees?

The lack of female nominees points to bigger issues within the music industry as a whole. Lots of women are interested in a career in music and many are taking steps to pursue their dreams, but female musicians don't seem to be achieving the same level of success compared to male artists. 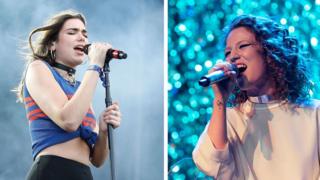 Matt Griffiths, CEO of Youth Music, a charity which aims to get more children and young people involved in music told Newsround:

"In the last few years' nominees for the Brit awards have become more ethnically diverse, but this year gender is the flagship issue...Talented female composers, songwriters and musicians are out there and yet, last year, they made up just over 14% of those signed to 106 music publishers, and under 20% of those signed to 219 record labels.

"These figures represent an industry-wide problem that contributes to the continued lack of diversity and inclusivity."

An underlying problem is that those in senior roles in the UK music industry tend to be men.

A 2016 study by UK Music revealed that women held just one in every three top jobs despite making up more than half of entry-level positions.

What other problems are there with diversity? 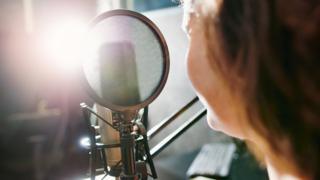 It looks like gender isn't the only barrier affecting young people's ability to succeed in music.

In 2018 only 17.8% of the industry workforce were BAME (Black, Asian, minority ethnic). That's less than one in five.

Youth Music said: "Too many young people miss out because of who they are, where they live, or what they're going through.

The charity say everyone should be able to build a career in music and they're calling on the big record labels to "create paid opportunities and make structural changes so that more women and young people from all backgrounds can have access to music-making".

What do you think can be done to help make the music industry more diverse?

Have your say in the comments