Space: Seti take part in big 'sweep' of the sky to search for alien life 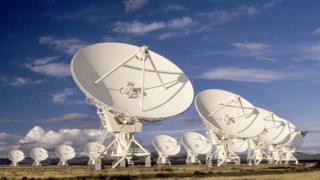 Are we alone in the universe...? Well, maybe we are getting closer to finding out!

Astronomers in New Mexico in the United States will begin the long process of searching the entire sky for signs of extra terrestrial life,

They will do a big "sweep" of the skies using 28 giant radio telescopes and will be looking for beeps, squarks and any other signs of distant technology.

The project will be a collaboration between the Search for Extraterrestrial Intelligence (Seti) Institute and the Very Large Array (VLA) observatory in New Mexico, USA.

"The VLA is being used for an all-sky survey and we kind of go along for the ride," said astrophysicist Andrew Siemion, who's a director of Seti.

"Determining whether we are alone in the universe... is among the most compelling questions in science, and [our] telescopes can play a major role in answering it," said Tony Beasley, director of The National Radio Astronomy Observatory, which runs the VLA.

'Alien' radio signals detected from a far away galaxy

Are there octopus-like aliens on Jupiter's moon? 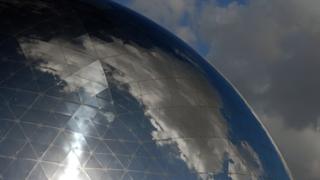 The plan is to use a tech system called Panoseti, which is currently in the testing stage of development, to continuously watch a large portion of the sky.

The telescope will comprise two gaint domes covered in half-metre lenses, giving it the appearance of a giant pair of insect eyes.

The ability to watch a huge expanse of sky all at the same time would make it uniquely suited to spotting short signals, such as the flash of a distant powerful laser.

"To catch that kind of thing you really do want to be looking when the signal comes your way," said Jill Tarter, a researcher at the Seti.

What's it like to spend nearly a year in space?

Legendary scientist Dr Stephen Hawking warned against attempting any form of contact with aliens, suggesting the outcome for humans would not necessarily be good.

Andrew Siemion disagrees. "Personally I think we absolutely should and I think without a doubt, we would," he said.

But if we did manage to make contact, what would be the first thing he would say?

"I don't know … I spend absolutely zero time thinking about that," he said. "I guess I would just say, 'Hello'!"

Solar Orbiter: What is it and and what's so special about it?