Manchester City: Will they be allowed play in the Champions League? 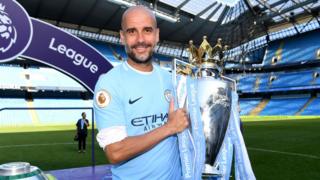 Getty Images
Will Pep Guardiola be tempted to leave Man City without the prospect of Champions League football for the next two seasons?

Current Premier League champions Manchester City have been told they will not be allowed to play in European football for the next two seasons.

It is because they have been found to have broken rules relating to how much money they are allowed to spend.

The 'financial fair play' rule was brought in by Uefa (the organisation in charge of European football), to stop clubs spending more money than they can afford to.

The idea of the rule is to stop clubs from spending too money to buy the best players that, really, they can't afford. It can put them into debt and can cause long-term problems. It's also seen by many as a form of cheating.

Man City say they expected this decision but complained that they don't think it's fair.

They want the Court of Arbitration for Sport - the top court for settling sports disputes - to decide on the ruling.

QUIZ: Are you a city mega-fan? 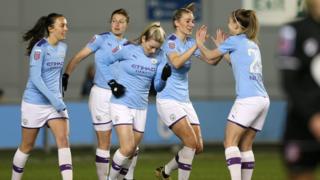 Getty Images
The European ban will have no effect on Manchester City Women's team
What does this mean for Man City's future?

Playing in big European competitions like the Champions League brings in a lot of money for clubs.

This is due to ticket sales, money they receive from TV broadcasting rights and huge sponsorship deals that come with playing in Europe. 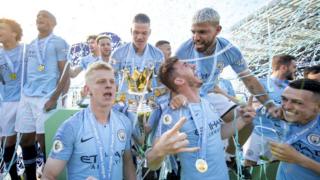 Man City have very wealthy owners so it may not cause big money problems, but without European football, the club might struggle to attract new big-name players.

They may also worry about their manager Pep Guardiola, who is very keen to win the Champions League with City.

He has always said he would remain at Man City at least until his contract runs out in 2021 but has also said he trusts the club when they tell him they have done nothing wrong.

So it looks like Pep is going nowhere... for now.