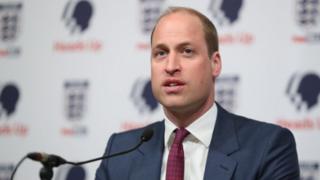 Getty Images
Prince William at the launch of the Heads Up campaign.

Football teams up and down the country will be trying to get people to talk about mental health this weekend.

It's part of a campaign called Heads Up run by the Football Association and supported by The Duke of Cambridge, Prince William.

The campaign has been put together with a mission to raise awareness about the importance of mental health. The aim is to help those in need by letting them know about services and places they can go, to get help. The hashtag for the campaign is #KickOffAConversation. 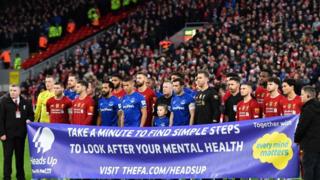 Over the Heads Up weekend as well as clubs dedicating their games to the cause, stadiums will feature Heads Up branding and it will feature on players' kits too. Clubs will also be creating their own short films featuring players talking about their experiences with mental health to encourages fans to also talk about their problems.

As well as big teams, grassroots teams are also getting onboard with the campaign.

In fact, a grassroots club, called FC Not Alone, is more involved than others. 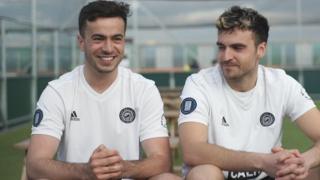 The club was set up by Matt Legg and his cousin Ian McKenzie after Matt's experience with depression and mental health.

The pair says that the main purpose of the club is to "encourage people to play football and know that if anyone wants to talk about mental health, they can come and do so and we'll be non-judgmental about it".

The aim is to give players a space where they can open up and share how they are feeling and talk about their mental health.

Are you involved in Heads Up this weekend?

What do you think of the idea? Let us know in the comments.

Uefa and Disney join forces to get girls into football - but will it work?

BBC Women's Footballer of the Year: Who are the five nominees?

Missing Link director's top tips for getting into animation