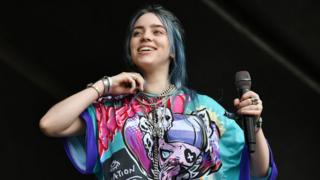 The new James Bond theme tune performed by Billie Eilish dropped on Friday and is already racking up the views YouTube.

The teenage pop star dropped her theme tune - 'No Time To Die' - on Friday, getting 2.2 million views in just six hours!

The Los Angeles-born singer, who turned 18 in December, is the youngest artist to record a Bond track.

Other artists to have been given the honour include Madonna, Adele and Sam Smith.

It's already been a massive year for the teen pop sensation - Billie was the breakout star at the Grammys, sweeping five awards including the "big four" prizes: Album of the Year, Song of the Year, Record of the Year and Best New Artist.

The Rise of Billie Eilish 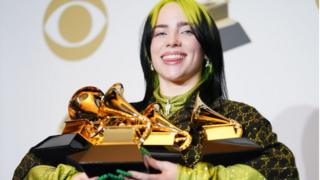 Getty Images
Billy smashed it at the 2020 Grammys

The song was written with her brother Finneas O'Connell.

On her official social media, Billie said she would perform the world premier of the new track at next Tuesday's Brit Awards.

Billie Eilish at the Grammys: A timeline of her life and career