Alice Dearing: Five things you didn't know about the swimmer 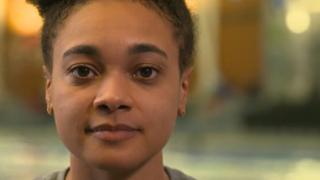 Alice wants to inspire other people to start swimming

Alice Dearing could make history this year by becoming the first black woman to represent Great Britain in swimming at the Olympics.

The 22-year-old is currently the only black swimmer in Team GB.

Alice wants to inspire other black girls and boys to start swimming and said she would "do herself proud" if she manages to do it.

Here are five other things you might not have know about the athlete.

More needs doing to help BAME kids get into sport

She's the only black swimmer on Team GB 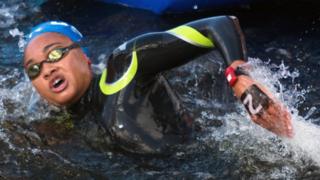 In a blog for gal-dem.com Dearing said: "It is estimated that ethnic minorities are three times less likely to know how to swim than white people."

The first was Achieng Ajulu-Bushell, who competed in 2010.

Dearing said it's "kind of sad" that she's the only black swimmer on the team, and has been for about five years. 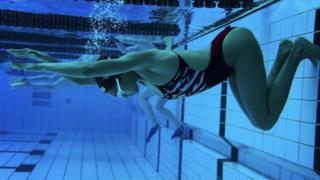 Instagram/alicedearingx
Alice has been competing since 2015

Dearing is trying to break down stereotypes in the sport.

She said: "A lot of black children and even black adults don't know how to swim due to cultural things like the whole stereotype that they're too heavy for the water, which has been disproven but it's still held by black people."

She said it's been "engrained" in her culture that black people don't swim, but she said swimming should be a life skill.

She's trying to stamp out racism in the sport

"It wasn't until I was about 11 that it occurred to me that not everyone saw us as the same" said Dearing.

She said one swimming coach used inappropriate racist language and while at first she didn't want to tell anyone, she was glad she did.

Alice said: "I had a lot of people around me who helped me understand what was said."

She told another coach who said "we need to do something about this, it's not ok that you're being spoken about like that".

Now she talks about her experiences to show it is possible that anyone can swim.

She's teaching people about swimming and having black hair 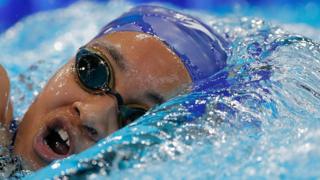 Alice said swimming means "looking after my hair is difficult".

Swimming eight to 10 times a week plus gym sessions mean doing her hair in the middle of the week was a wasted energy. She made the decision to "go natural", to stop relaxing and straightening her hair, and embrace her curls.

She said: "It isn't easy, I'm not going to pretend it's easy, trying to manage my hair day to day. But I do do it, I swim nine times a week, I'm on the extreme end of swimming and competing.

As well as swimming, Dearing's also studying for a Masters degree in social media and political communication.

She's juggling training for Tokyo 2020 with her university work.

Her alarm goes off at around four in the morning so she can train before heading into university, that's early!

Sport England: Why are children from Black, Asian and ethnic minorities less active?