Uefa and Disney join forces to get girls into football - but will it work? 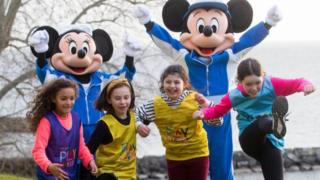 These are just some of the suggestions football organisations have made to try to get more girls into football.

But some of the recent ideas haven't gone down particularly well, with some being called out for sexism.

Pupils at one school in Durham were so angry about the Football Association's (FA) ideas, which included providing "colourful bibs, which should be "clean and smell nice", they wrote to complain to the organisation to complain.

The organisation is in charge of football in England.

In their letter to the FA the pupils said that girls "aren't brainless Barbie dolls", and "we don't need pink whistles".

Why more needs doing to get BAME kids into sport

Now Uefa - the organisation in charge of football around Europe - has joined up with Disney to launch another campaign, called Playmakers, to try to encourage young girls to get active.

They want to double the number of women and girls playing football across Europe by 2024.

Children who attend the Playmakers sessions will play games and join in activities based on the storyline of Disney and Pixar's Incredibles 2.

The idea was born after research showed that girls further enjoy sport when it includes elements of storytelling. 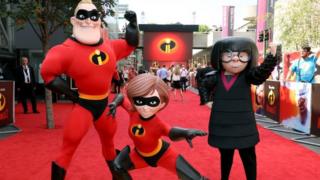 With the help of footballs, bibs and cones, trained coaches will encourage the players to become Elastigirl, Violet, Mr Incredible and Dash, bringing the film's action scenes to life through movement, teamwork and their imagination.

Scotland national team striker Erin Cuthbert said: "Using Disney will not only make football even more enjoyable for girls at a young age but will also hopefully increase participation levels even more.

"I can see a huge difference now in terms of the number of young girls taking part in football from when I was growing up, and playing in a boys' team."

We want to hear from you. What do you think of this latest idea?

Can you think of any more ways to get more girls playing football?

Let us know in the comments section below.