How your old mattress can help the environment

Although some are recycled, with the mattresses torn apart and the materials used and remade into new products, the majority go straight to landfill.

Zero Waste Scotland says that if all the mattresses thrown away in Scotland every year were stacked on top of each other, it would be more than 100 times taller than Ben Nevis.

It's also a problem in other countries too. The United States is thought to throw away about 18.2 million mattresses a year.

It's terrible for the environment.

What you can and can't recycle in your food shop 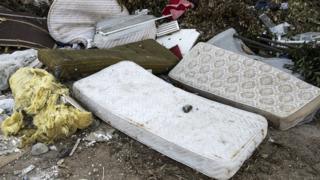 But now a team of scientists from the University of Sheffield have come up with a new creative use for your old bed toppers.

They've developed a method where they can grow food with nothing but water and old mattress foam.

These 'recycled gardens' use hydroponics, a way of growing plants without soil, but with mineral and nutrients instead. 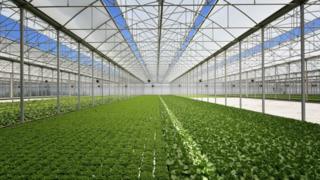 Getty Images
Hydroponics is a way of growing plants without soil, but with minerals and nutrients instead

It solves two problems in one. It reuses the mountain of plastic mattresses that have piled up in the camp and it allows everyone to grow fresh food in a crowded, desert environment.

The idea's been tried out in Za'atari camp in Jordan, where many Syrian refugees now live after having to leave their country because of the Syrian war. 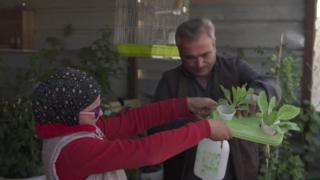 The team of experts from Sheffield University worked closely with a group of Syrian refugee farmers and together than managed to grow tomatoes, peppers, aubergines and herbs.

It wasn't just mattresses they were re-using either. Old coffee cups were used as flower pots using waste materials in Zaatari refugee camp in Jordan.

Before this it was almost impossible to grow anything in the camp due to poor soil quality and the lack of space for crops to spread out.

No people there can have a garden of their own.