Storm Dennis: What do we know about the big storm lashing the UK 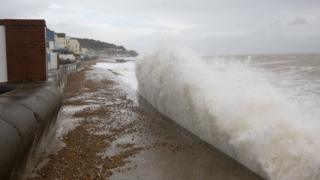 Getty Images
The coastline in Kent was battered by Storm Ciara last week, so residents are preparing for Storm Dennis' arrival.

Many parts of the UK are yet to recover from the impact of Storm Ciara, and now Storm Dennis has caused further damage to property and homes.

A red weather warning for rain is in place on Sunday for south Wales, as heavy rain and strong winds continue to affect the UK with more than 300 flood warnings issued.

On Tuesday the Met Office confirmed that Dennis was likely to hit Britain and said: "It will bring very strong winds and potential for disruption to many parts of England and Wales on Saturday."

Some experts have warned Dennis could inflict more damage than Ciara with a month of rain expected in some areas.

The Army have been brought into try and help in Calderdale, West Yorkshire.

Road, rail and air transport has already been disrupted, with many flights being cancelled. 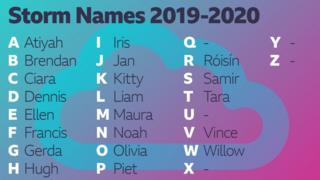 Why are storms given names?

Storms: Why are they given names? 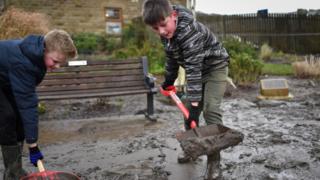 People living near railway lines have been asked to secure any loose gardens items, after several trampolines were blown on to the tracks last weekend. 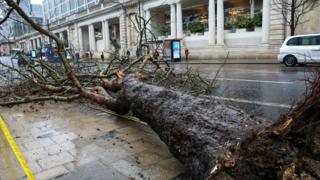 The weather for the coming week is expected to remain quite unsettled.

But some sunny, dry spells are expected in places, especially in the east of the UK.

Storm Ciara: How has the storm affected you?