Greta Thunberg: Climate activist gets her own TV series 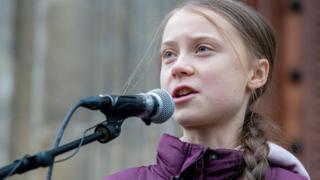 Swedish climate activist Greta Thunberg is getting her own TV series about the environment.

The 17-year-old has signed up to take part in the programmes which will follow her journey around the world as she campaigns against climate change, and finds out more about what can be done about it.

The series will also document her personal journey as she deals with growing up in the spotlight, as well as other challenges such as writing speeches and meeting world leaders. 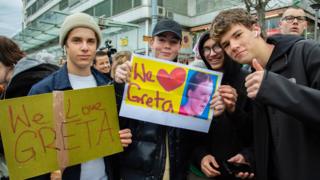 The series is being made by BBC Studios' Science Unit, but there are no details yet on when or where we might be able to see it.

Rob Liddell who is the Executive Producer for BBC Studios said:

"Climate change is probably the most important issue of our lives so it feels timely to make an authoritative series that explores the facts and science behind this complex subject.

"To be able to do this with Greta is an extraordinary privilege, getting an inside view on what it's like being a global icon and one of the most famous faces on the planet."

Greta first staged a "School Strike for Climate" in front of the Swedish Parliament in August 2018.

Since then, millions of young people from all over the world have joined her #FridaysforFuture demonstrations.

Greta's also given a number of powerful speeches, for example speaking at the U.N. Climate Talks in Poland last December.