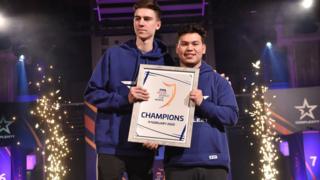 Getty Images
Team Complexity is made up of Joksan and MaXe

Joksan and MaXe overcame some tough opponents in Ellevens - the team co-owned by Real Madrid footballer, Gareth Bale - beating them 6-3 in the final.

That last match of the tournament ended in a dramatic penalty shoot-out where MaXe was in the hot seat taking the spot kicks.

"The funny thing is: that's my very first competitive penalty shoot-out win!" he laughed after the final. 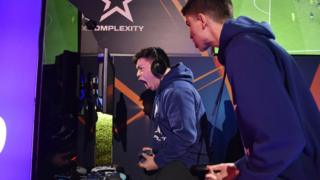 "I'm not usually good at pens, but today was my lucky day," he added.

Joksan said: "It means a lot, to share this moment with a team-mate.

"This is my first eClub World Cup and it's probably the most fun I've had a tournament. I'm glad 'MaXe' is my team-mate - we did it!"

Fifa eClub World Cup 2020: All you need to know about the football gaming contest

Could concussion substitutions be coming to the Premier League?