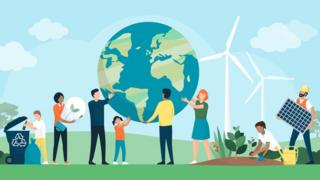 Ever heard of carbon vacuums or kinetic pavements? Nope? Well, keep reading to find out more about some pretty epic climate change-fighting tech!

We all know that climate change is a major problem, contributing towards things like extreme weather and flooding.

However, scientists and engineers all over the world are putting their heads together to develop technology that will not only help to slow it down, but actually fight back against it!

Take a look at some of the awesome climate change fighting inventions you might not have heard of!

How do you clean the air? 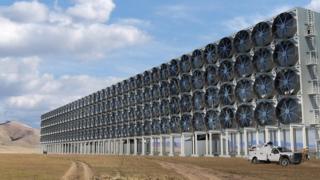 A Canadian company called Carbon Engineering has invented what is essentially a giant vacuum cleaner for the air!

It has a test site in Squamish in British Columbia, to check the vacuum is working.

It uses something called Direct Air Capture (DAR) to help 'clean' the air.

DAR works by sucking in air using a combination of chemical reactions and a giant fan.

The carbon dioxide (CO2) is then removed from the air, and clean air is pumped out of the other side.

This process is similar to how plants and trees absorb CO2.

The carbon that is sucked out is then compressed and stored underground - or used to make special fuel for cars, which when it's released into the air, gets sucked back up again by the air cleaners, meaning it can keep being re-used without creating more carbon waste!

The inventers claim that when the first big sites are built, they will suck up one million tons of CO2 per year each, which is the same as 40 million trees, or the yearly emissions of 250,000 average cars! Awesome! 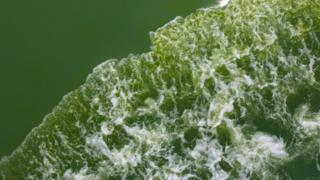 Getty Images
Phytoplankton can turn the ocean a green colour

From clean air, to clean water, and a company called Ocean-Based Climate Solutions has got a pretty nifty idea for how to clean up our oceans.

Its invention is called 'The Oxygenator' (pretty cool eh?) and it works by stirring up the water in the ocean.

This then encourages something called 'Phytoplankton' to grow.

Phytoplankton are teeny tiny plants which live in our oceans and help to take carbon dioxide out of the air and release oxygen.

Whilst the amount of CO2 removed and oxygen released will be different depending on where in the ocean The Oxygenator is placed, the company thinks it could remove more than 500 tons of CO2 per Oxygenator every year! 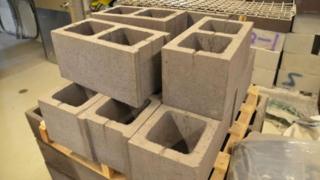 Another big contributor to climate change is the building industry.

Concrete is a material which is used in building and construction, however a key ingredient in concrete is cement - and cement is pretty bad for the environment.

They replace the cement with steel slag, which is normally a waste material from the steel making industry, and is often just thrown away in landfills.

The company says the new concrete is just as strong as the regular concrete and uses cheaper materials.

People power - How to make energy from energy?! 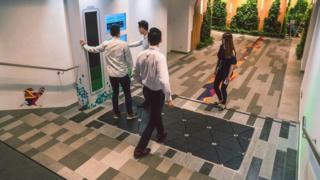 Did you know we can generate power, just by moving our feet?

The special pavements have been placed in more than 35 countries around the world, including Hong Kong, India, Korea, and even here in the UK.

They work by turning kinetic energy - that's power created by movement - into electricity using tiny electromagnetic generators in the tiles.

Each footstep can generate around five watts of electricity - which can be used to power phone-charging stations or even streetlamps - what a bright idea! 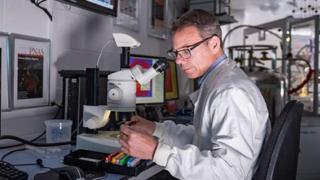 Centre for Enzyme Innovation
Can we finally break down plastic for good?

One of the reasons why single-use plastic is such a big problem for the world, is because it takes an incredibly long time to break down.

However, scientists at the Centre for Enzyme Innovation might be about to change that!

Researchers led by Professor John McGeehan and Dr Gregg Beckham have created an enzyme which they say could eat PET plastic, breaking it down and turning it back into its original building blocks!

What is an enzyme?

This discovery means that PET plastic could be recycled, re-used, and even turned into better materials over and over again!

The scientists who created the enzyme have been given funding from the UK government to help create more enzymes, and even research new enzymes that can break down different types of plastic.

These would then be sent to recycling plants around the world to help break down the plastic there.

1 day ago1 day ago
9
Newsround Home