Christina Koch has just returned from space - after 328 days!

The American has spent more time in space than any other woman.

She's a pretty impressive character, here are five things about her that you might not have known!

The stamps that are out of this world! 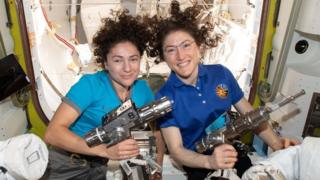 In October 2019 Christina Koch and Jessica Meir made the first all-female spacewalk.

The astronauts left the International Space Station (ISS) to replace a battery.

Koch's also broken a record by earning the title for the longest single spaceflight by a woman, she won't beat the US record of 340 days in orbit, completed by Scott Kelly, but it's still an impressive feat!

The world record is held by the Russian astronaut Valerie Polyakov, who stayed in space for 437 days.

She's done loads of work up there 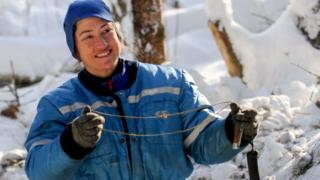 During her flight, Koch has completed over 200 investigations.

Nasa scientist Bryan Dansberry said the most important thing is all of the data they've been able to take on her body.

They wanted to see how her body reacted during her time there.

Dansberry said: "As we look forward to going on to the Moon... and eventually on to Mars, we really have to understand the impacts [of spending time in space] on the human body." 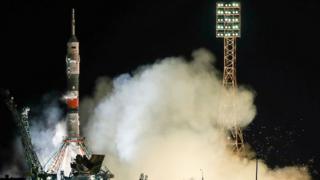 Getty Images
This is the rocket that Koch travelled in

During this spaceflight, Koch completed 5,248 orbits of Earth!

She also completed a journey of 139 million miles - that's roughly the equivalent of 291 trips to the Moon and back.

She's been preparing for a long time 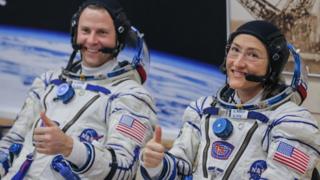 Christina Koch said that her love of rock climbing helped her get selected for the Nasa Astronaut Class.

When she was a teenager Koch spent a lot of time in Antarctica, Greenland and the northern-most parts of Alaska, and she said these experiences helped her into Astronaut Class too.

What's her next mission? 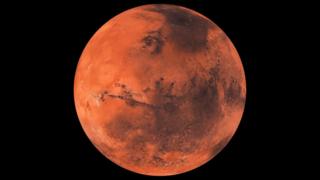 Koch has said that she'd love to be chosen for a future mission to Mars.

In an interview in 2016 she said that if she was selected for a mission to the red planet, she'd miss her husband and her family.

She said: "For Mars I'd ask my family and friends to make small surprises for me to open on designated dates. A handwritten card when you've been away 15 months can be the best thing imaginable."

Can the Premier League play on during coronavirus outbreak?