Fifa eClub World Cup 2020: All you need to know about the football gaming contest 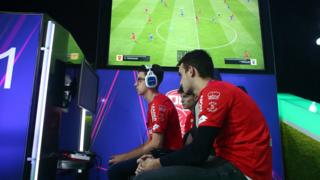 The Fifa eClub World Cup gets started in Italy on Friday 7 February.

It's a huge e-sports competition which is taking place in Milan with 24 teams from all over the world battling it out to be crowned the winner.

In the last five years, competitive gaming has become not just a fun activity to do with your mates, but a pretty highly paid job!

In fact, one American teenager won $3million (that's about £2.3million) for winning the Fortnite World Cup in 2019 - that's enough to buy 10 thousand Playstations with enough change for a few games! 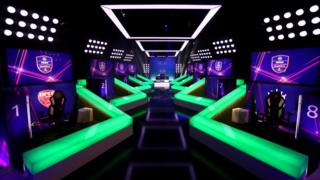 Getty Images
What is the Fifa eClub World Cup?

The competition was first launched in 2017 and is one of the eight major competitive Fifa tournaments.

This year it's taking place in Milan in Italy between Friday 7 and Sunday 9 February.

A total of 48 players will compete as part of 24 sides.

Organisers say "history will be made" at the tournament when a new team-based side is crowned world champion.

Five things you need to know before you play Temtem

Teams you may recognise include Manchester City eSports, Hashtag United, AS Roma and FaZe Clan.

Last year's World Cup winning team KiNG eSports will not be in Italy to defend their crown, but 2019's winning individuals Tekkz and Nicolas99fc will be back.

Tekkz will play for Fnatic and Nicolas99fc has signed for Swiss side FC Basel 1893 eSports. 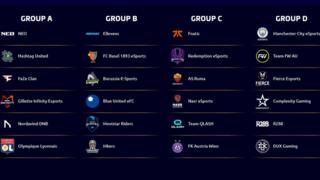 Getty Images
How do you win?

The format of the competition is similar to a real life Fifa World Cup, with 24 teams being split into four groups of six.

Within those groups, each team will play each other three times - first in a 1v1 competition on either an Xbox or a PlayStation, then again on the other console, and then it will be decided whether they compete on a Playstation or an XBox in the third match which will be a 2v2 game.

The teams who win the most points and finish in the top four of each group will advance to the knockout stage, starting with the last 16.

The final will take place on Sunday 9 February.