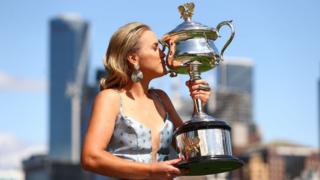 Sofia, who has now risen to number seven in the world rankings, also beat several other top players including 15-year-old Coco Gauff to make it to the Australian Open final.

Here's everything you need to know about the sports star.

She was a child prodigy 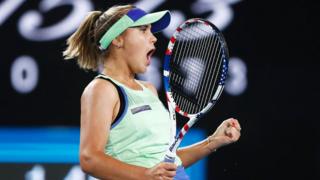 Sofia first picked up a tennis racquet at the age of five.

At just seven, she famously claimed she'd be able to return a serve from former world number one player Andy Roddick during an interview and also shared that she played tennis for three hours a day.

As a child, Sofia got to practise with top players including John McEnroe, Venus Williams and Belgian tennis star Kim Clijsters.

She's the youngest champion since 2008 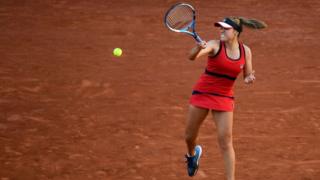 Sofia is the youngest person to have won the Australian Open since 2008 when former world number one Maria Sharapova came out on top at just 20.

She's also the eighth woman to become a first-time Grand Slam winner in the past 12 events. 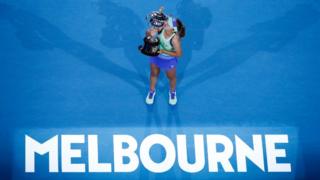 Sofia's mum can't watch her matches as she gets too nervous.

"I called her right after the match just to tell her that everything's fine, I won, she can just relax now," she said following the Australian Open final. "I told her I'm not going to be able to talk to you for hours, but at least you know that I won."

Her dad is her coach 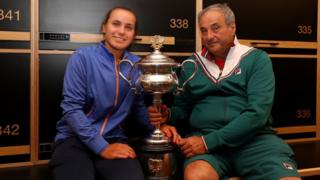 Sofia's dad Alex, who is a former taxi driver, is her also coach. The tennis champion's father had no prior experience of the game, but he's managed to get to grips with the sport over time and helped lead her to her latest victory.

Her family and friends call her Sonya 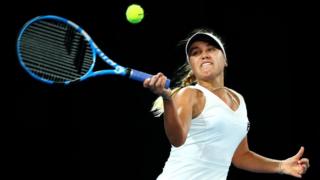 Although the Russian-born star's birth name is Sofia, her family call her by her nickname Sonya, which is actually the name of her father's mother.

Australian Open: Watch the hilarious ball boy steal the show at the tournament

How do you self-isolate if you have symptoms?